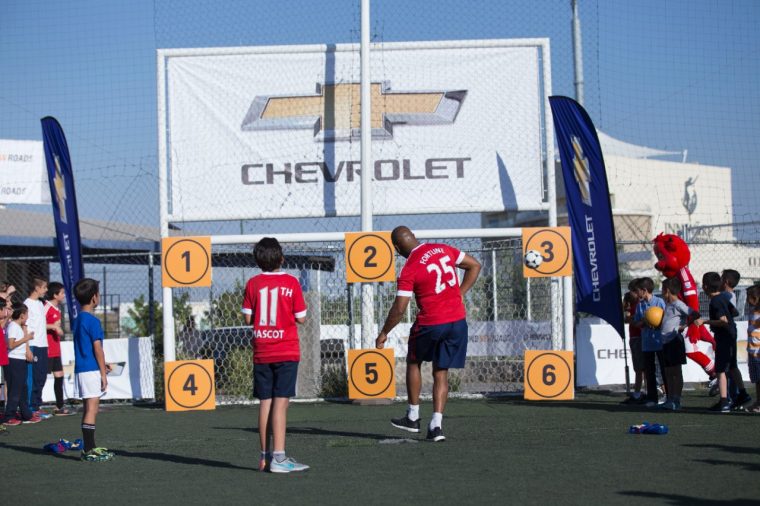 Chevrolet announced today that it has selected a 10-year-old boy from Mexico named Oscar to be the 11th member of the 2016 Chevrolet Mascots, a group of children who will get the opportunity to serve as mascots at a Manchester United football match at Old Trafford stadium.

The Chevrolet Starting XI is an annual tradition in which the automaker brings 11 children from around the world to Manchester, England, where it hosts them as part of its Beautiful Possibilities Program. Oscar, the 11th and final member of the Starting XI, was selected as part of a global contest.

Oscar was born with a rare hip condition, which forced him to undergo two high-risk surgeries before he was even two years old. Told he would most likely never walk or run like a normal child, Oscar’s condition took a turn for the better after the birth of his brother Daniel, as Oscar’s movements and walking style began to mirror Daniel’s.

“Through the years, we never gave Oscar special treatment,” said his mother. “Our boys grew up together, following the same direction and love for football. I think Oscar overcoming his disability was not a miracle but it was the passion, the perseverance and love for football that made the difference.”

Chevrolet surprised Oscar with the news earlier today, while he was eating dinner with his family in his hometown of Guadalajara. Manchester United legend Quinton Fortune and club mascot Fred the Red were on hand to give Oscar his custom jersey and deliver a special message from players Ashley Young, Jesse Lingard, and Cameron Borthwick-Jackson.

In addition to serving as mascots, Oscar and the 10 other children who make up the Chevrolet Starting XI will get to meet current and former Manchester United players, attend Manchester United Soccer School, and take a tour Old Trafford.

Eventually, the 11 kids from around the world will get to walk onto the pitch hand-in-hand with Man United’s starting 11 during a match towards the start of the 2016-17 season.

“Through the years, we’ve heard from our fans that they, too, would like an opportunity to join our squad,” said Chevrolet Global Marketing executive John Gasloli. “This year, we evolved the program to invite parents and guardians to nominate a child to be our 11th Mascot. We are thrilled to have Oscar join this year’s Chevrolet Starting XI. His determination, perseverance and spirit are inspiring, and he embodies the positive impact playing football can have on one’s life.”