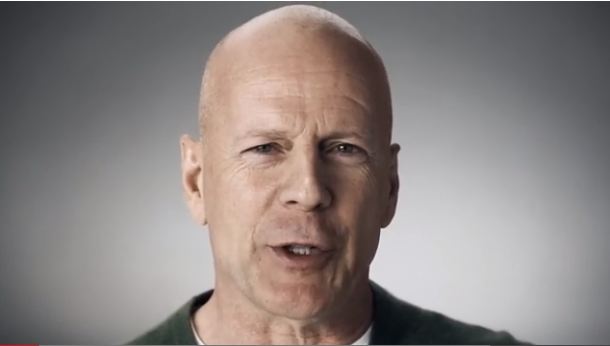 In case you were too busy lamenting the Broncos’ embarrassing gameplay or too busy celebrating the widely unexpected victory of the Seahawks, we’ve gathered the deets on Honda’s big Super Bowl ad, which featured Bruce Willis (but he wasn’t dead at the end) and Fred Armisen (of SNL and Portlandia fame). The Honda “Hug Fest” ad was actually incredibly touching—with a twist of humor at the end.

In the spot, Bruce Willis encourages the 100,000+ million viewers to take a moment to hug the people they care about—friends, family, maybe even their dogs. Bruce himself is receiving a clingy, one-sided, yet very loving hug from Armisen during the commercial.

So why does Honda want everyone to hug their loved ones? Because they understand that the people in our lives are real, that they matter to us, that we have such profound love for one another. That is why Honda is committed to keeping them safe behind the wheel, boasting the most 2014 models (eight) to have received a Top Safety Pick+ or Top Safety Pick distinction from the Insurance Institute for Highway Safety.

“Our simple, yet engaging, big-game spot is intended to highlight not only Honda’s deep concern for the safety of our customers, but the actual industry-leading crash test results that back up our commitment,” said Mike Accavitti, senior vice president of auto operations at American Honda Motor Co., Inc. “We know that safety is high on a new-car shopper’s purchase consideration list. Honda leads the industry in crash test performance and the Super Bowl represents a great opportunity to move the needle on consumer awareness of that fact.”

Bruce Willis was also tweeting his reactions during the big game via Honda’s Twitter handle, and Honda encouraged viewers without anyone around to hug to send a virtual one via the YouTube video with Mr. Willis and Mr. Armisen.

Today, Honda is collecting hugs from viewers via photos and Vines of their embraces that are labeled with the hashtag #hugfest.