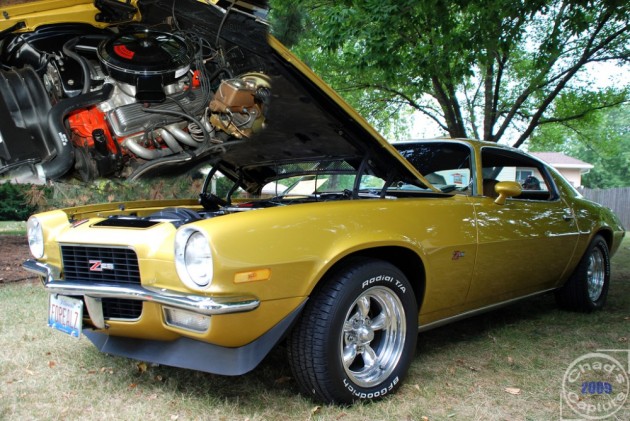 Papa John’s founder John Schnatter sold the Camaro in 1983 to help his father’s business, then bought it back in 2009
Photo: Chad Horwedel

John Schnatter, the founder of Papa John’s Pizza, rarely allows his beloved 1972 Chevy Camaro Z28 to leave corporate headquarters in Louisville, KY, but he decided to make a rare exception this week and allowed it to be displayed at the Woodward Dream Cruise in Detroit.

That decision proved costly for the Papa John’s founder, as his gold and black Z28 was stolen by car thieves on August 16th in Detroit. The historic vehicle was stolen between midnight and 7:30am by two thieves, who towed it away from a lot on Woodbridge Street in a 2012 Chevy Silverado. Police recovered the Silverado and the trailer used to haul the vehicle, but the pizza mogul’s prized Camaro is still missing.

Schnatter originally sold the Camaro in 1983 in order to help his father retain his struggling tavern and he used the rest of the money from the sale to open his pizza chain. Schnatter eventually tracked down his adored Camaro and was able to buy it back in 2009.

Two other classic vehicles were stolen during the Woodward Dreams Cruise and surveillance cameras captured footage of the thieves stealing the Papa John’s Camaro.

The Associated Press reports that Schnatter is “distraught” over the situation.