So, you know those documentaries that you see on Discovery or Animal Planet, and there’s always the one scene of a pride of lions just taking down and mauling some wildebeest, all narrated solemnly by that one British guy that narrates every nature documentary ever? 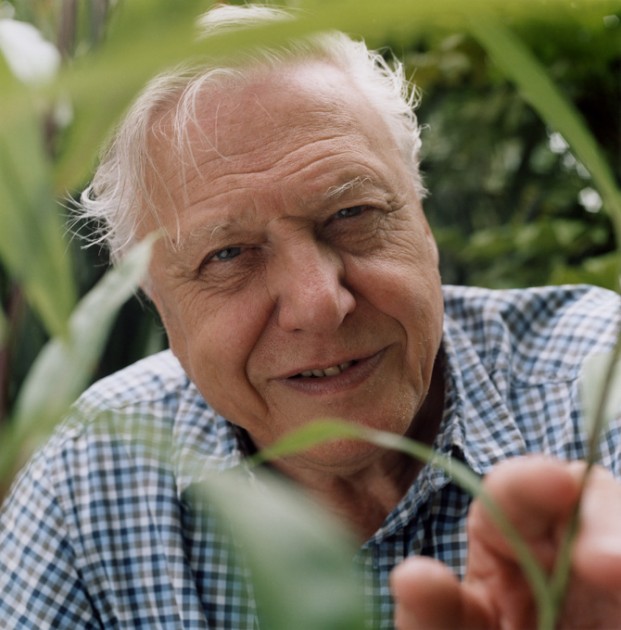 For future reference, that guy is Sir David Attenborough

Here’s what it would look like if that wildebeest were a car instead (and the lions were Transformers or something): 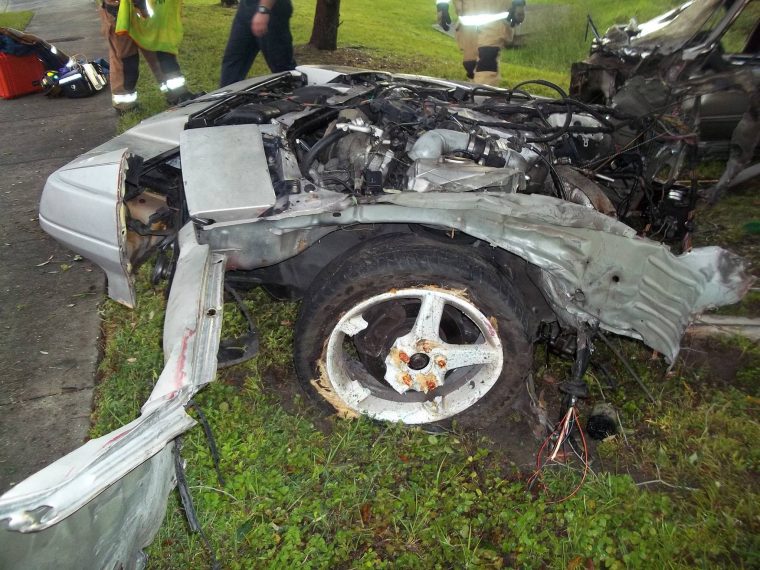 That is the front half of 20-year-old Winter Haven, Florida resident Carlos Pino’s 1986 Nissan 300ZX.

Here’s the other half: 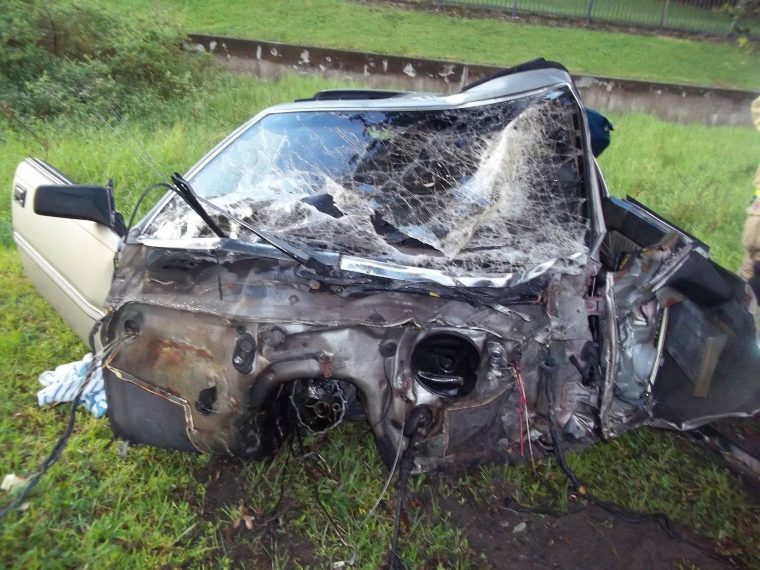 It had been raining in Winter Haven on September 29th, and roads were wet.

So, when Pino was speeding along the long curve of Cypress Gardens Boulevard (according to Winter Haven Police), the car started to slide. Pino over-corrected while trying to get the vehicle back under control and skidded sideways. The car hit the curb, bounced over it, and slammed sideways (more or less) into a tree with the driver’s side front panel and wheel. 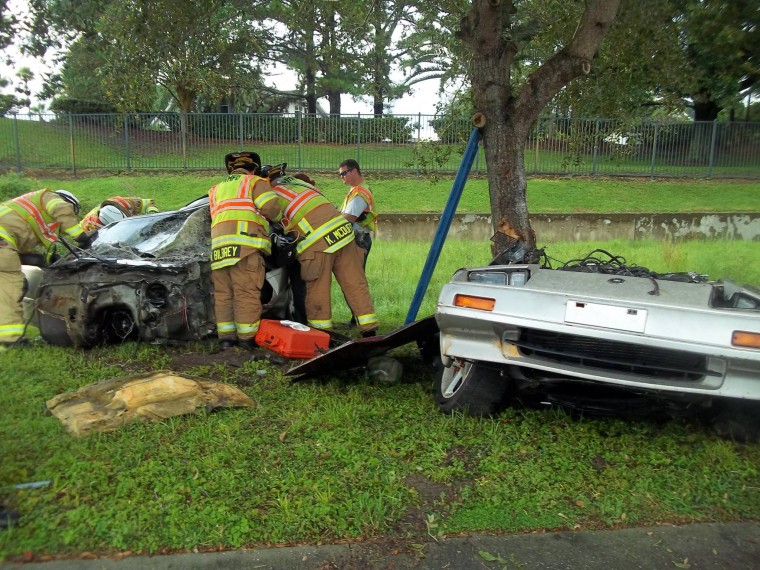 It looks so sad from the front

The impact ripped the engine compartment off and whipped the cab to the other side of the tree. Amazingly, Pino was airlifted out with non-life-threatening injuries (thank you seat belt and safety engineering).

And by the way, the tree seems surprisingly OK after splitting an entire car in half. 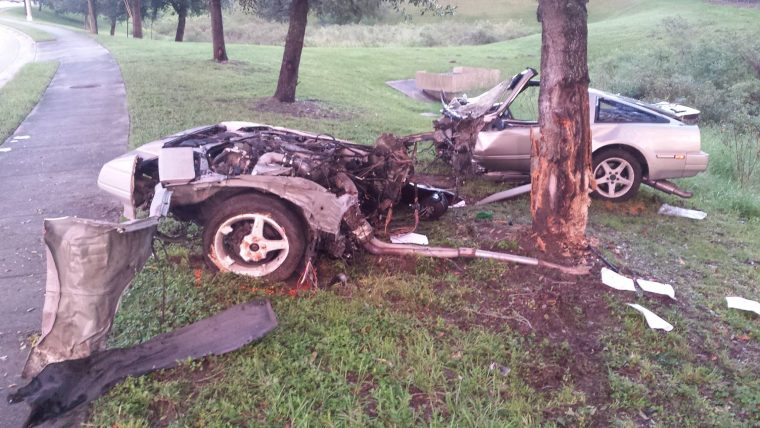 Was this part of an insidious plot by the tree to take Pino down? Was the tree a Transformer/lion in disguise? Only time will tell, and police are investigating.