2.5 Million GM Vehicles Sold Around the World in Second Quarter

General Motors is reporting that it sold more than 2.5 million GM vehicles globally in quarter 2, which is a half a percent increase for The General. Specifically, year-over-year sales in the United States and in China, arguably the two most important markets for the automaker, shot up 7 and 8 percent respectively. 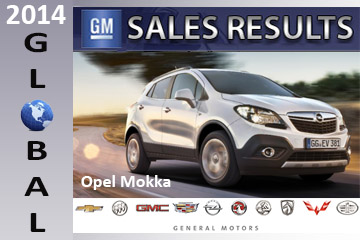 2.5 Million GM vehicles were sold around the world in the second quarter of 2014 ©GM

Opel and Vauxhall sales shot up 3 percent in the second quarter with sales in the entire first half up 4 percent.

“GM did well in the world’s two largest and most profitable vehicle markets and that helped us grow despite very challenging market conditions in parts of South America, Asia and Eastern Europe,” said GM CEO, Mary Barra. “We are investing in our brands around the world to keep our momentum going, and that includes growing Cadillac in China, launching a total of 27 new Opel models between 2014 and 2018 and entering new segments in North America with vehicles like the Chevrolet Colorado and GMC Canyon.”