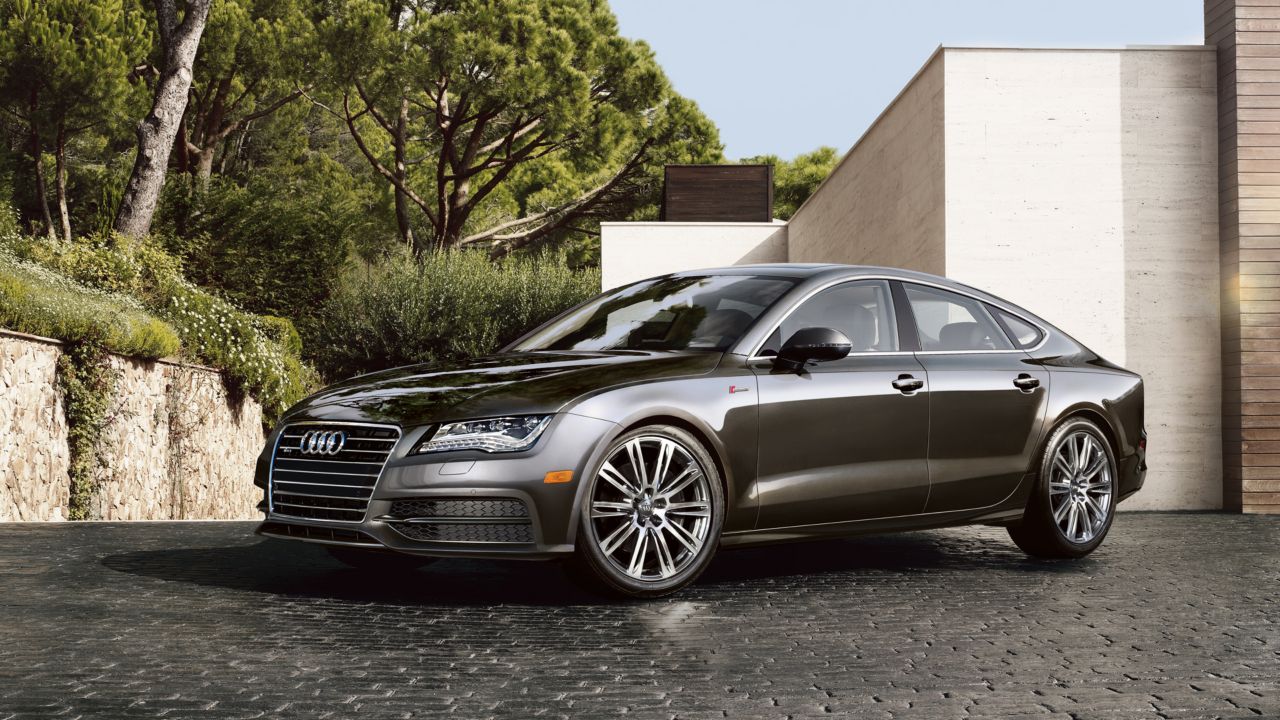 For the 2014 model year, the Audi A7 sees few changes. Powertrain-wise, a new turbocharged diesel V6 debuts, while the passenger capacity also increases from four to five thanks to the addition of a middle rear seat. The Premium trim level is no more for the 2014 Audi A7, making the higher-end Premium Plus the base trim. Wi-Fi has also come to the luxury vehicle with the Audio Connect technology package, which is standard on every A7.

When looking at the 2014 Audi A7, one phrase comes to mind—masculine elegance. Muscular lines and smooth curves come together to create a modern, coupe-like body, while the Audi ultra lightweight construction makes it easier for the car to perform at its best.

There are two different engines to choose from for the 2014 Audi A7. The first option is the A7 3.0T, which is a supercharged 3.0-liter V6 that produces 310 horsepower and capable of reaching 60 mph from a standstill in 5.4 seconds. If you’re looking for a bit less power and more fuel efficiency, the A7 TDI, a turbocharged 3.0-liter diesel V6 that produces a bit less horsepower at 240, is the right choice for you with a similar projected 0-60 time at 5.5 seconds.

The EPA-estimated fuel economy for the 3.0T comes in at 21 mpg combined, while the A7 TDI boasts a best-in-class fuel economy of 29 mpg, an impressive number for such a powerful powertrain.

High-end quality materials, a handsome design, and a tight construction all come together in the 2014 Audi A7’s interior to create the typical Audi feel, while the Multi Media Interface system keeps the driver connected to entertainment, communication, and navigation functions. The touchscreen system has crisp graphics and consistent menus, making it a breeze to operate. While the legroom in the back seat isn’t the greatest, the hatchback design lends its hand in creating an easy way to load large luggage and other various items that won’t fit into the trunk.

Standard safety equipment in the 2014 A7 include an antilock disc brake system, stability control, front-seat side airbags, full-length side curtain airbags, and front knee airbags. The most interesting safety technology though comes with the standard Audi Pre-Sense system, which warns the driver, tightens the seatbelts, and closes the windows if a potential collision is detected. If you’re looking for a bit more safety than that, the optional feathers or upper trim levels include front and rear parking sensors, lane departure warning, blind-spot warning, or the Audi Pre-Sense Plus system.