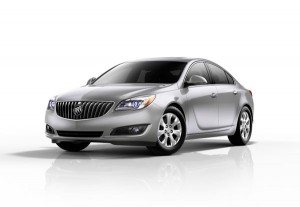 KBB goes straight to the heart of the 2014 Buick Regal, lauding the 18 horsepower upgrade in the 2.0L turbocharged 4-cylinder as well as highlighting a new aluminum cylinder head, forged steel crankshaft, and variable displacement oil pump among other upgrades.

One of the most important aspects for drivers—fuel economy—is also improved upon by 17 percent with EPA ratings between 19 and 21 miles per gallon city and 27 to 30 mpg highway depending on the selected drivetrain.

Buick’s “Athlete of the Family” certainly does not want for tricks up its sleeve, boasting a pleasant combination of something familiar and something new in carrying over the same things that made the 2013 Buick Regal a winner with drivers and enhancing them with all the things 2014 drivers expect.