At this weekend’s 2014 Ford Neighborhood Awards, hosted by Steve Harvey, Ford will present the winner of this year’s Community Leader of the Year Award with a check for $30,000 to be used as a donation in their name to a nonprofit organization of their choosing. This marks the eighth year that Ford has served as the title sponsor of the Ford Neighborhood Awards.

“Our goal as a brand is to not only go further when it comes to our products, but also as it relates to our communities,” Thompson added. “With this award and donation, we are able to play a role in directly impacting the local community of this year’s winner – extending our involvement beyond the actual awards show.”

The 2014 Ford Neighborhood Awards will honor local businesses and business owners, churches and community leaders, and schools and educators for their efforts to improve the places where they live. Awards being handed out at the event include best church, best beauty salon, best barber shop, best fried chicken place, best high school, and best church choir.

Ford will be bringing vehicles from the 2014 and 2015 lineups to the event for ride-and-drive purposes on both Friday, August 8 and Saturday, August 9. Ford will also be sponsoring the Ford VIP After Party hosted by Nephew Tommy, also being held on Friday and featuring a performance by—are you ready for this?—Bell Biv Devoe. Oh yeah, you know you love “Poison” as much as we do.

In addition, Friday will also serve as “Pink Friday,” wherein Ford will donate $20 to the Susan G. Komen local affiliate for each of the first 250 test drives taken.

Participants in “Pink Friday” and the 2014 Ford Neighborhood Awards are encouraged to share their experiences this weekend by using the hashtags #fordup and #NeighborhoodAwards2014.

More information on the various events surrounding the 2014 Ford Neighborhood Awards can be found at www.neighborhoodawards.com.

The most exciting part? A performance from Robin Thicke! Because nothing says neighborliness quite like ripping off Marvin Gaye for your incredibly gross and misogynistic breakout single and then creepily dedicating your follow-up album to your estranged wife who left you for cheating on her. 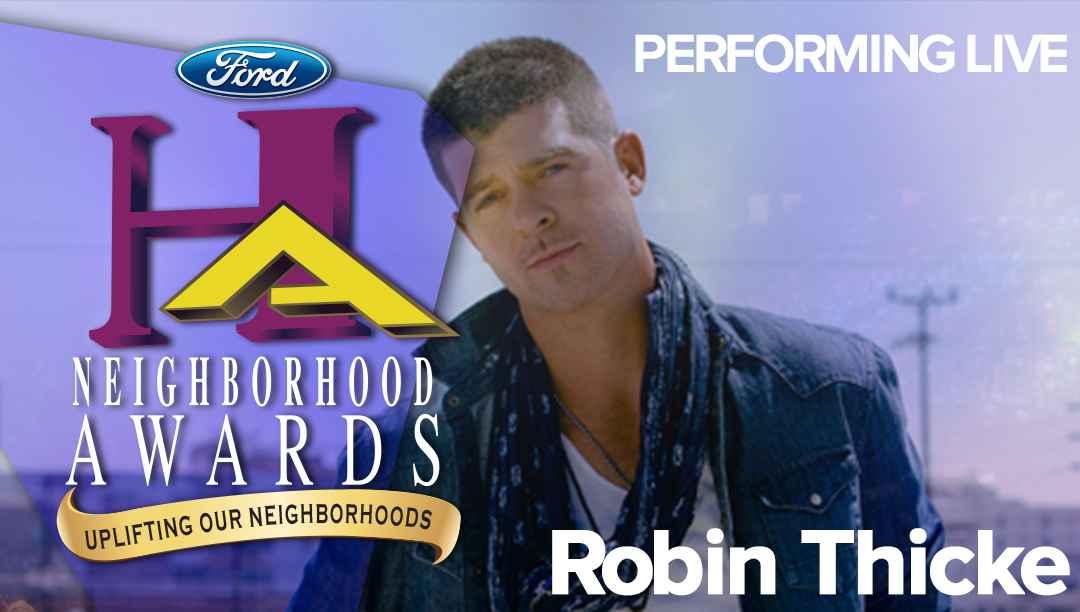 If only you could punch a picture through the Internet…

Well, at least we still get Johnny Gill and The O’Jays.