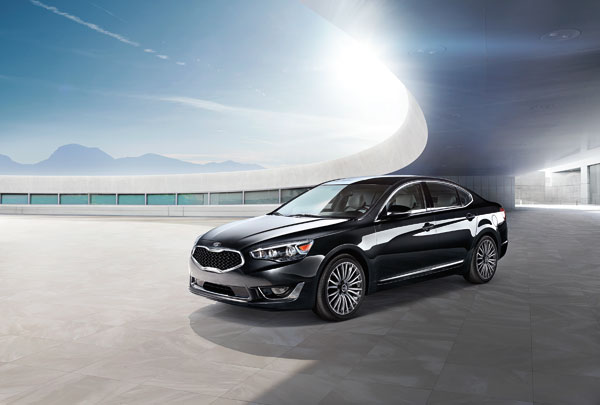 Luxury is not a word that is usually associated with the Kia brand—until now. With the introduction of the 2014 Kia Cadenza, the Korean carmaker hit the luxury sedan segment on the nose. This luxury sedan presents a sumptuous lifestyle at a significantly more affordable price, making it possible for more people to travel in lavish style.

Following in the steps of luxury brands before it, Kia combines the look of several established luxury series—think the BMW 5-series and the well-known Jaguar lineup—to create a stylish, sleek exterior for the Cadenza. The sedan has a dignified, attractive air surrounding it, making it a perfect fit for anyone who likes to ride around town in style.

The interior of the Cadenza is opulent without being too over the top. While the material isn’t the highest quality possible, the napa leather is supple and the sound-deadening materials work well, making the car almost entirely silent. A 3.3-liter V6 engine paired with a six-speed automatic powers the Cadenza, which is capable of 28 mpg.

The base price of the 2014 Kia Cadenza is $35,900, which is considerably less than any other vehicles in its class.