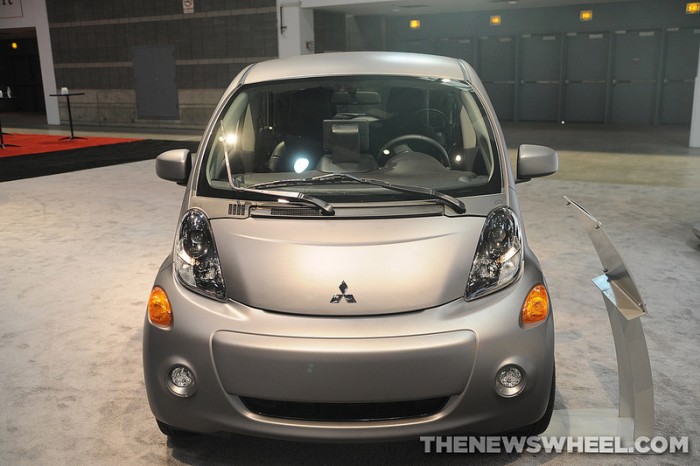 The electric vehicle has received minor upgrades for the 2014 model year, which make the i-MiEV easier on the eye both inside and out, while still offering an affordable MSRP.

The 2014 Mitsubishi i-MiEV, like its predecessors, has a unique look. After placing the engine in the back, Mitsu has scrunched up the hood so that both the front and rear end boast compact dimensions. Combine that with a high roofline and large windows, and you’ve got a vehicle almost straight out of a cartoon. But different isn’t necessarily bad, and the large windows come very handy for visibility when behind the wheel.

Under the hood, the 2014 Mitsubishi i-MiEV sports a 49 kW electric motor (66 horsepower and 140 pound-feet of torque) that draws power from a 16 kWh lithium-ion battery.

Efficiency numbers for the 2014 Mitsubishi i-MiEV have yet to be released, but based on the 2013 model that uses the same powertrain, we can expect the electric car to go about 62 miles on a single charge with a 14-22 hour period required to fully recharge.

The newest i-MiEV has a plethora of interior enhancements, which include a leather-covered steering wheel and shift knob, a passenger-side vanity mirror with lid, and plenty of decorative color and trim upgrades. These features, which would have cost extra in previous models, are now standard in every 2014 i-MiEV, making the vehicle more desirable than ever.

The 2014 Mitsubishi i-MiEV comes standard with antilock brakes, stability and traction control, front-seat side airbags, and side curtain airbags. It also comes with an “Approaching Vehicle Audible System” that alerts pedestrians when the vehicle is nearby to compensate for the lack of engine sound at low speeds.