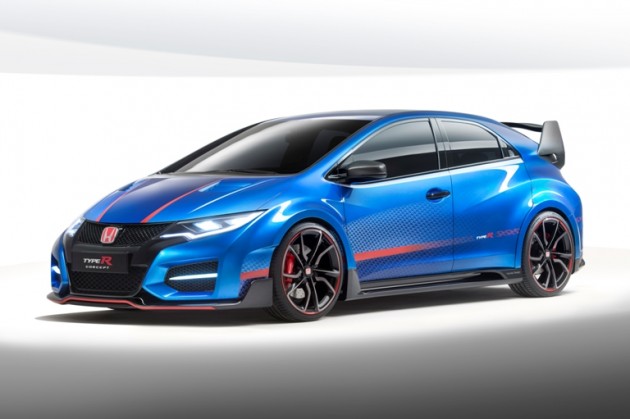 While its production version still hasn’t been revealed, another new 2015 Honda Civic Type R concept model will be unveiled very soon at the 2014 Paris Auto Show, which kicks off in just a couple of days. Ahead of its big debut, Honda has released some new photos and details of the speedy hatchback, which it promises will be hitting European showrooms next year, carrying with it the title of “most extreme Type R yet.”

With a direct-injected and turbocharged 2.0-liter four-cylinder engine, Honda is promising over 276 horsepower, and some are speculating a final figure somewhere around 320 hp. The motor will feature Honda’s VTEC variable valve timing and a 7,000-rpm redline. All of that muscle will go only to the two front wheels, and can only be mated to a six-speed manual transmission. 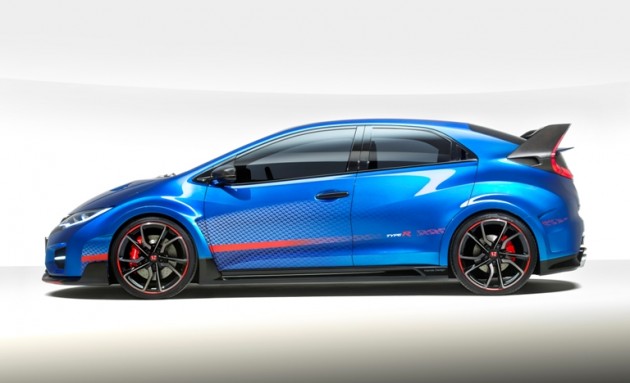 The Type R in profile

“The manual transmission allows the drivers to select the gear they want, for example, down from fifth to third when approaching a corner,” said Honda engineer Suehiro Hasshi. “The concept of the new Civic Type R is to be the complete driver’s car so this was the best option.”

As for what kind of 0-to-60 time this thing has, well, we don’t know. Honda isn’t divulging those kinds of numbers, but the company has confirmed that it will offer “unmatched performance” compared to all previous models in the Type R’s now 22-year history, including the Civic, Integra, Accord, and NSX. 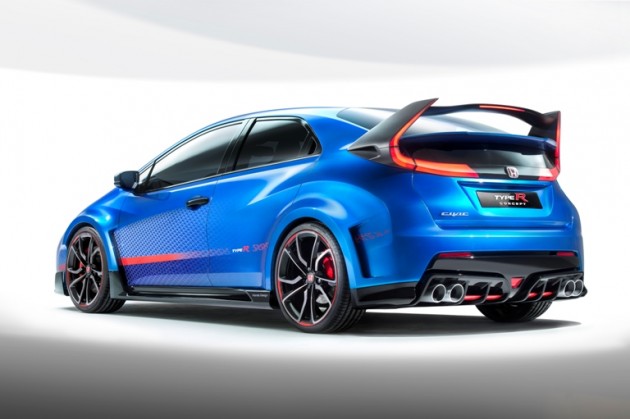 A look at the speedy hatchback’s rear

The 2015 edition will also boast a brand new ‘+R’ button on the side of the steering wheel that, when pressed, heightens the engine and steering responsiveness, for “the most exhilarating driving experience.”

“In default standard mode, the Civic Type R is exceptionally agile, an everyday sports  car with an enjoyable and fluid acceleration,” explained Hasshi. “The ‘+R’ button brings out a more dynamic and athletic car for the driver, to set pulses racing. The difference in character is immense. The ‘+R’ mode is extreme; the car is ideal for track use and will be appreciated by the genuine sports-driving enthusiast.” 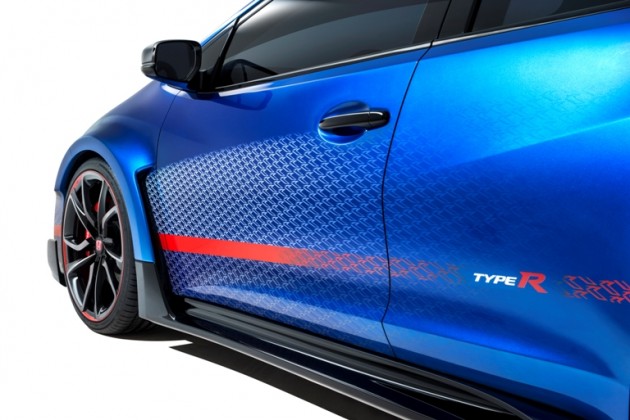