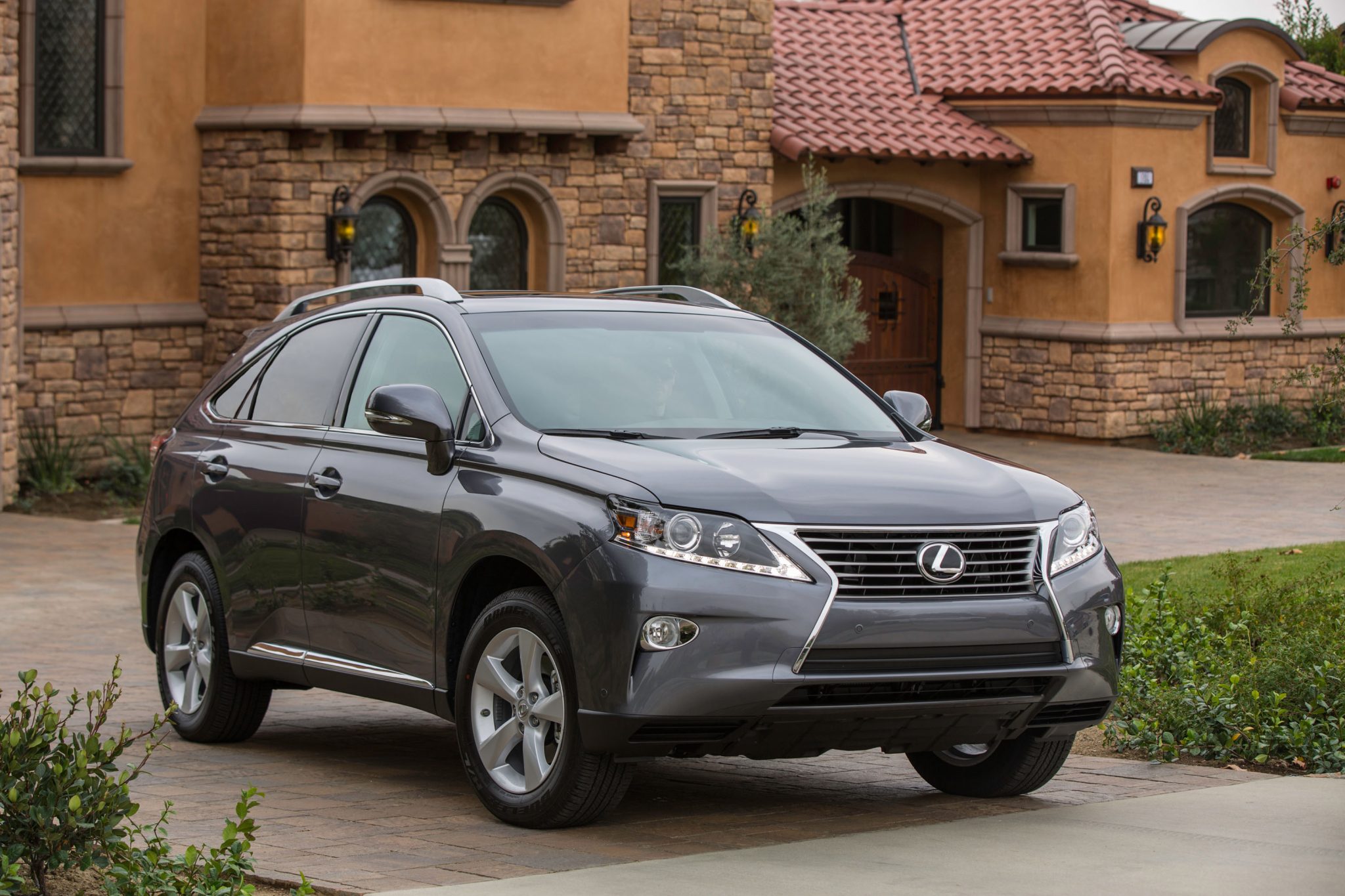 The 2015 Lexus RX has an edgier look than some competitors thanks to the familiar Lexus “spindle” grille and LED daytime running lights. In the back, it is defined by its steeply-sloped rear window line, which extends to a nicely-angled rear; however, this styling decision does more than just attract eyes toward the vehicle—it also makes it easier to see out of it.

The base engine in the 2015 Lexus RX is a 3.5-liter V6 producing 270 horsepower and 248 pound-feet of torque. The F Sport uses an eight-speed automatic transmission of the default six-speed automatic and adds paddle shifters. The RX 450h hybrid uses the same V6 engine combined with a 123-kW electric motor to produce a total of 295 hp and 234 lb-ft of torque through a continuously variable automatic transmission. 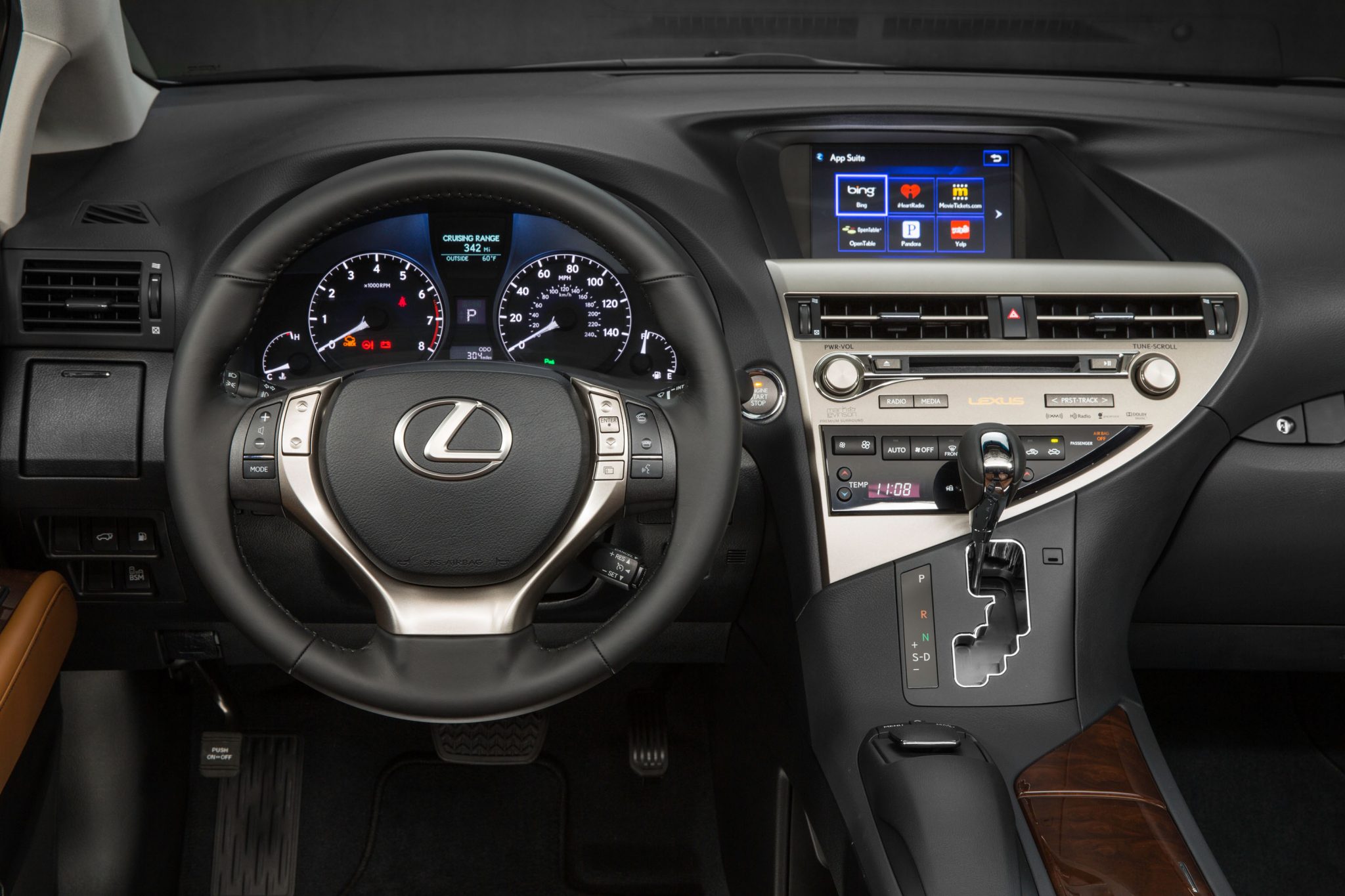 It’s easy to point at the high quality of its wood trims and high-quality semi-aniline leather, but the real star of the 2015 Lexus RX interior is its clever cargo solutions and emphasis on passenger comfort. There is an abundance of room for both people and cargo and it’s refreshingly easy to slide, fold down, and fold the rear seats.