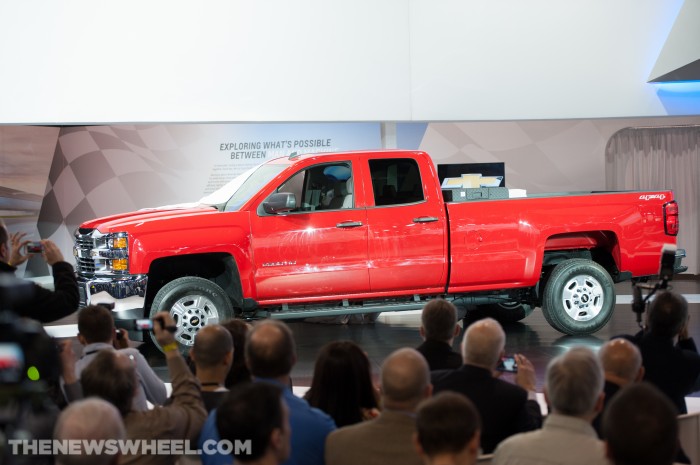 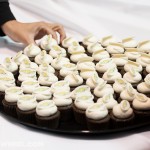 Chevrolet made a pretty big impression at the Chicago Auto Show last week (they gave away free cupcakes, after all). In addition to unveiling the 2015 City Express, the Detroit automaker also revealed the 2015 Silverado HDs, now with CNG capability. (CNG stands for compressed natural gas.) The bi-fuel 2015 Silverado HDs—including the 2500HD and 3500HD—will not only be cleaner but will also result in very ostensible savings at the pump.

Right now, compressed natural gas sells for about 62 percent less per gallon than traditional gasoline. What does that equate to? Well, Chevy did some math for us, and it turns out that a truck driven 26,000 miles in a year could save over $2,000 in that year (assuming 75 percent CNG usage). Not bad at all.

“With CNG capability to be offered on all Silverado HD cab configurations, customers have a wider range of choices when it comes to selecting the alternatively fueled truck that matches their needs,” explained Ed Peper, U.S. vice president, General Motors Fleet and Commercial. “And for companies and municipalities that maintain multiple trucks in their fleet, the fuel cost savings of CNG can really add up in a year.”

CNG-enabled 2015 Silverado HDs boast an increased driving range, up to 650 miles. Both gas and CNG models receive a trailering rating of 13,000 pounds when they are equipped with a 4.10 axle ratio. CNG will be offered on all configurations for the Silverado 2500 HD, and on 3500HD models with single rear wheels.

“Silverado bi-fuel pickups are available through any of Chevrolet’s more than 3,000 dealerships across America just like any other model,” commented Peper. “It’s one of the industry’s most seamless integrations of OEM-delivered CNG vehicles.”

For more information on the 2015 Silverado HDs, be sure to check out Chevy’s official press release.