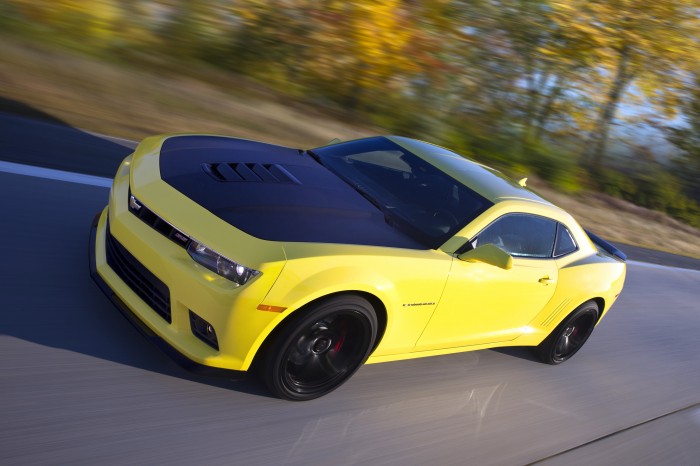 We’re pretty excited for the 2015 Camaro, but what surprises will the 2016 Camaro hold? ©GM

As we reported back in May, the 2015 Chevy Camaro will be the last of the current generation, meaning that the 2016 Camaro will usher in the new, sixth generation. Aside from it being time for a total redesign, this is also a wise move as Chevy tries to steal back the hype lost to the all-new 2015 Mustang.

We’ve known for a while that the 2016 Camaro will mark the switch to the Alpha platform from the Zeta platform, but as the release date draws nearer, we’re pulling in even more information. Automobile Magazine is reporting that the 2016 Camaro will be built on the long-wheelbase version of the Alpha platform for which the 2014 Cadillac CTS is known. This gives it a wheelbase of 114.6 inches, shorter than the Dodge Challenger but considerably longer than the Mustang.

Automobile Magazine also has reason to believe that the 2016 Chevy Camaro will draw on the second-gen Camaro for inspiration. In fact, an artist for the site did a rendering of what the next-gen Camaro could look like. Some say the updates won’t be so dramatic, however, and that the sixth-generation Camaro will be a naturally evolved form of the current generation.

Reportedly, the SS and high-performance variants of the small-block V8 will remain options for under the hood. Drivers can also opt for a 3.6-liter V6 or, for the first time, a four-cylinder engine, perhaps to compete with the Mustang’s EcoBoost offering.

We’ll bring you more updates on the next-gen Camaro as they come in.