The 2016 Dodge Durango is a three-row SUV that carries a starting MSRP of $30,495. Besides offering a spacious interior, the Dodge Durango also comes equipped with a sporty V6 engine that provides this SUV with exceptional acceleration and towing capabilities. The Durango competes in the same segment as the Ford Explorer, Honda Pilot, and Chevrolet Traverse.

Helpful Hints: Discover how often you really should be changing your tires 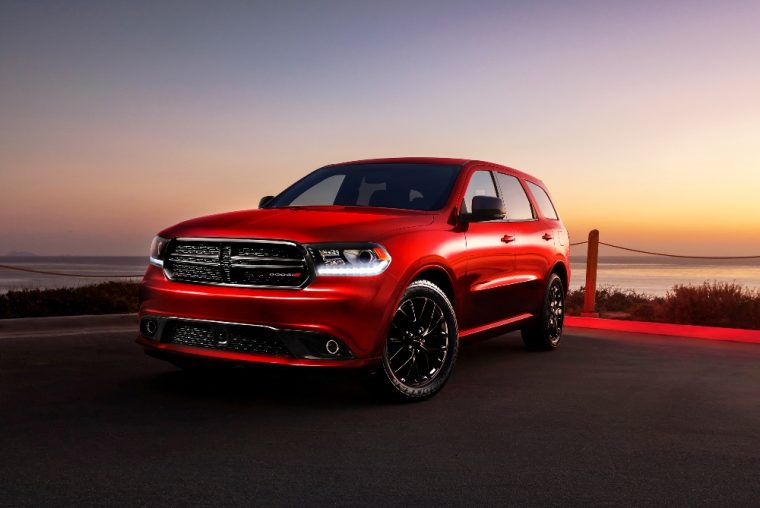 The V6 engine of the Dodge Durango now comes with start/stop technology in order to improve fuel efficiency, so when the new Durango is sitting still at a stop light, the engine can automatically shut off to preserve gas, but then automatically restarts when the driver pushes the gas pedal. The 2016 Durango also includes a new Sport mode, which is meant to provide a more athletic performance. The 2016 Dodge Durango comes with rear-wheel drive or all-wheel drive in five trim levels: SXT, SXT Plus, Limited, Citadel, and R/T. 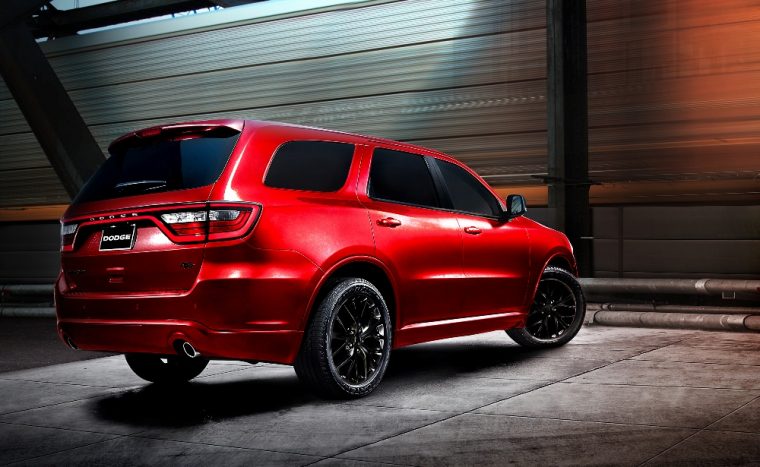 The 2016 Dodge Durango offers one of the more expressive exterior designs available in the seven-passenger SUV segment. The front of the vehicle is highlighted by its signature floating split-crosshair grille, while the rear of the ‘16 Durango features a LED racetrack taillamp that boasts more than 190 LEDs in order to create a single large flowing red taillight design. Foglamps and 18-inch alloy wheels also come standard on the new Durango, while exterior color options include Redline Red 2-Coat Pearl, Ivory Pearl Tri-Coat, and Granite Crystal Metallic.

Exterior available on the 2016 Dodge Durango SXT Plus 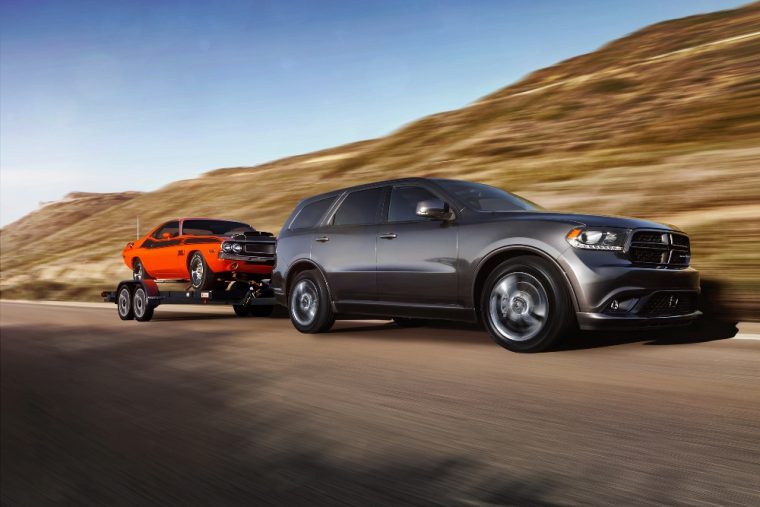 The 2016 Dodge Durango comes standard with a 3.6-liter Pentastar V6 engine and eight-speed automatic transmission, which work together to produce 290 horsepower and 260 lb-ft of torque. For those people looking for increased performance, the Citadel and R/T offers the 5.7-liter HEMI V8 engine that’s good for 360 horsepower and 390 lb-ft of torque. Also, while the Durango comes standard with rear-wheel drive, an all-wheel drive system is also available. In addition, when this Dodge SUV is properly equipped, the V8-powered Durango can tow up to 7,400 pounds. 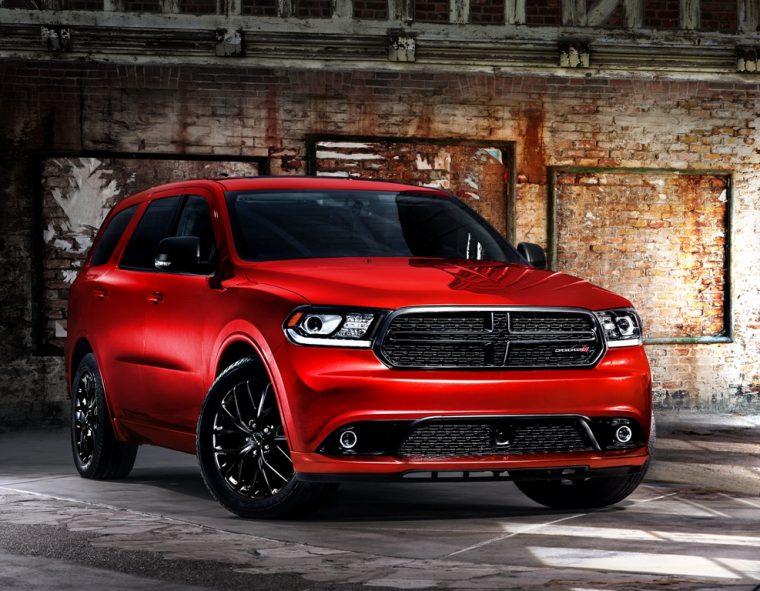 If you’re considering the Dodge Durango, then you basically have two options. Consumers can either go with the standard V6 engine that provides better fuel economy or buyers with deeper pockets can opt for the HEMI V8 that offers increased performance capabilities. Durangos equipped with the V8 engine will yield EPA-estimated fuel economy of 14 mpg in the city and 22 mpg on the highway. If you don’t see the need for the 360-horsepower V8, then the V6-equipped Durango can produce EPA-estimated fuel economy of up to 19 mpg in the city and 27 mpg on the highway. In addition, the 2016 Dodge Durango comes standard with a 24.6 gallon fuel tank. 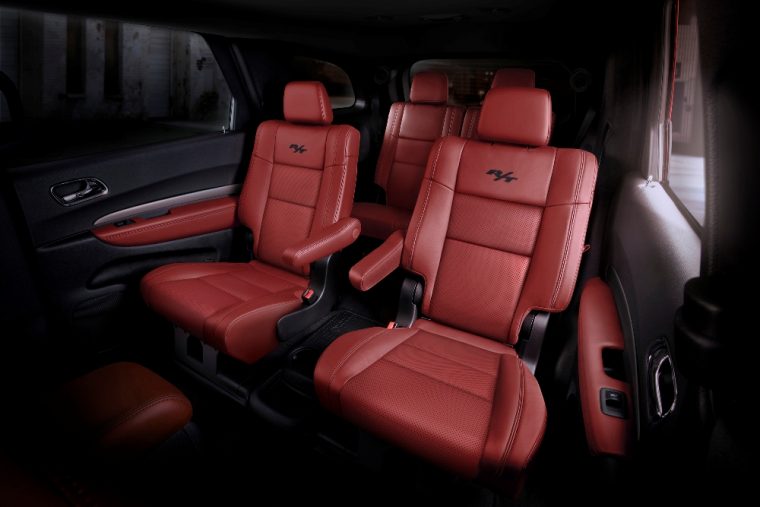 The interior of the 2016 Dodge Durango provides seating for up to seven people and standard features include three-zone climate control, as well as the Uconnect infotainment system with voice command. Consumers who move up in trims can also enjoy a Premium Beats audio system and rear DVD entertainment center, but that depends on how much cash they are willing to dish out. Beginning on the Limited trim is the standard 8.4-inch Uconnect touchscreen that can be used to access available SiriusXM Traffic, which makes navigating around the city easier due to its constant traffic updates. The new Durango offers more than 84 cubic feet of available storage space when the rear seats are folded down.

Interior available on the 2016 Dodge Durango SXT Plus 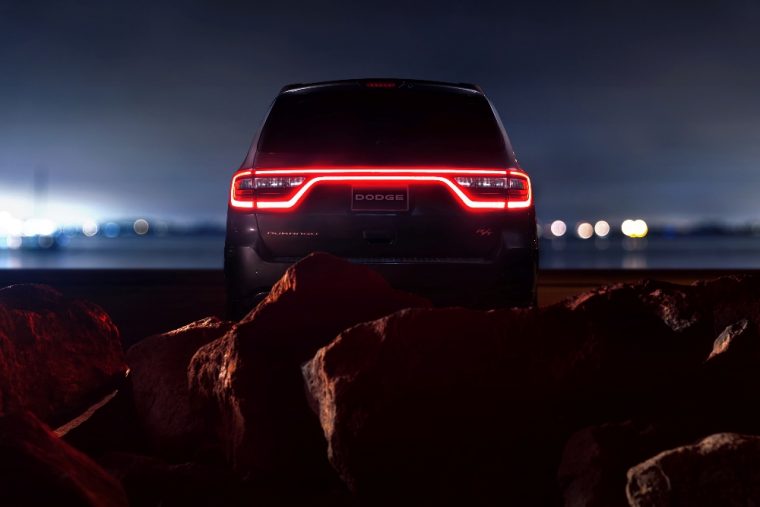 Every 2016 Dodge Durango comes standard with the Latch rear child seat anchor system, traction control, and electronic stability control. In addition, the 2016 Durango is available with many advanced safety technologies such as blind spot monitoring, forward collision warning with active braking, and adaptive cruise control. In fact, the forward collision warning system will actually provide a visual message on the dashboard and give off an audio warning if the safety system detects that a forward collision is imminent. It can even apply the brakes if the driver doesn’t respond to the warnings in a timely manner.