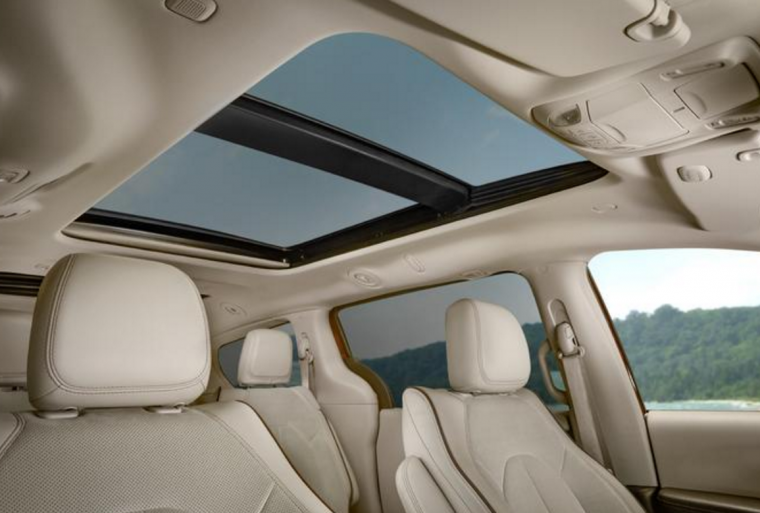 When you hear there’s a topless competition in Miami, Florida, it’s likely you think of nubile young women and a distinctive lack of clothing. Which is why it would come as a major surprise to you that the family-friendly 2017 Chrysler Pacifica recently won an award during the sixth annual Topless in Miami event—and didn’t have to show any cleavage to do so.

Earlier this week, the 2017 Pacifica took home the top award in the “Affordable Panoramic” category during the Topless in Miami Presented by Haartz competitive car show. This event, which was hosted by the Southern Automotive Media Association (SAMA) shows off some of the automotive industry’s best convertibles in the market.

Despite the fact that this event focuses on convertibles, it added the panoramic roof category this year, since these sunroofs allow for an “al fresco” driving experience, much like a convertible.

“The 2017 Chrysler Pacifica equipped with the tri-pane panoramic sunroof, truly impressed our judges,” said Pepe Delfino, SAMA president. “In addition to thoughtful design and beautiful craftsmanship, the expansive sunroof in the Pacifica amplified the vehicle’s spaciousness, allowing every passenger to experience the pleasure of being more connected to the outside world.”

To decide the winners of each category, more than 40 journalists took to the streets in convertibles and vehicles with panoramic roofs. They drove a total of 16 vehicles from a variety of manufacturers, finally voting for their favorites after driving throughout the scenic routes of key Biscayne, Florida.