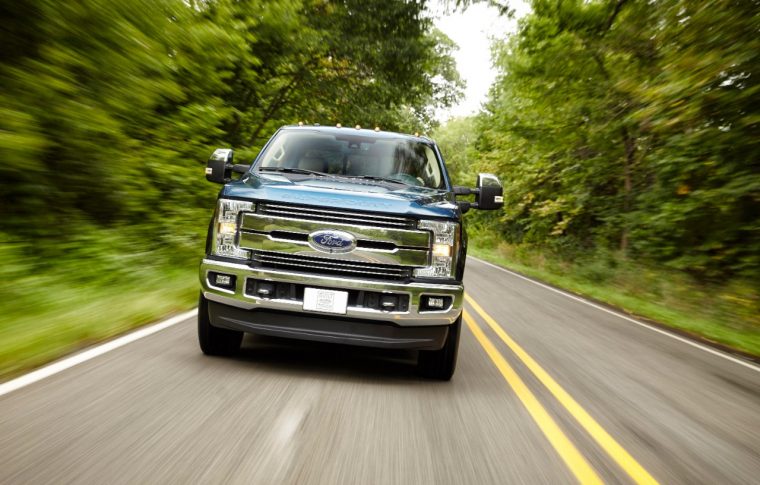 Naturally, if you are driving a heavy-duty truck, you feel a sense of control of the road that puts your mind a bit more at ease when it comes to safety. Still, no heavy-duty pickup truck from the current model year has earned the highest marks in the National Highway Traffic Safety Administration’s New Car Assessment Program.

Ford was able to improve the Super Duty’s frontal driver rating thanks to the application of high-strength aluminum alloy in the body and use of 95% high-strength steel in the new fully boxed frame. Also helping the 2017 Super Duty’s case for being the safest heavy-duty truck on the road is optional technology including a 360-degree camera system, class-exclusive adaptive cruise control with collision mitigation, inflatable seatbelts, and lane-keeping alert.

And, not for nothing, but those purchasing the 2017 Ford Super Duty for its performance prowess will not be disappointed—it boasts everything from best-in-class diesel horsepower and torque (440 horsepower and 925 lb-ft of torque) to best-in-class payload (7,640 lb). Also, new cup holders. Primo stuff.