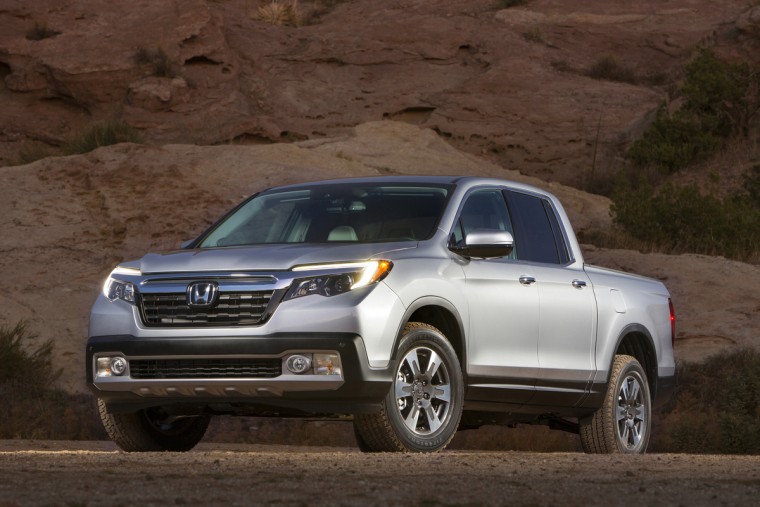 After a year of teasers and previews, the 2017 Honda Ridgeline pickup truck finally debuted in Detroit today at the 2016 North American International Auto Show. The redesigned Ridgeline boasts a more conventional look, as was expected, but some of the capabilities and technologies announced today are a pleasant surprise for truck fans.

Equipped with a six-speed transmission and the Pilot’s 3.5-liter V6 engine, the 2017 Ridgeline is expected to yield about 280 horsepower and 262 lb-ft of torque. And although no official figures have been revealed, Honda claims the powertrain will achieve best-in-class fuel economy and best-in-class acceleration. Honda is also touting the Ridgeline as having the largest interior space of any mid-size 4-door pickup. 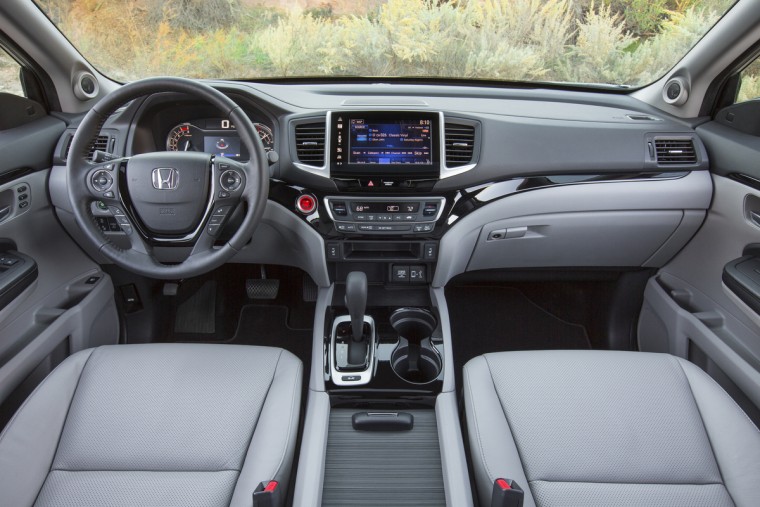 The base Ridgeline will be front-wheel drive, while customers who opt for all-wheel drive will receive Honda’s torque-vectoring i-VTM4 system with Terrain Management settings.

The new, 5’ x 5’4” pickup bed is a vast improvement over the previous version—gone are those awkward-looking buttresses, and the bed itself has grown 5.4 inches wider and 4 inches longer. It’s also much more versatile, with a standard In-Bed Trunk, dual-action tailgate, and available 400-watt power inverter.

There’s also a very cool, industry-first in-bed audio system, which was designed with tailgating in mind. Executive vice president of American Honda, John Mendel, introduced this feature by playing the song “Somebody to Love,” which seems like a missed opportunity (if you guys were dead-set on playing Queen, why not select “Under Pressure,” as a little tribute to the late David Bowie?) 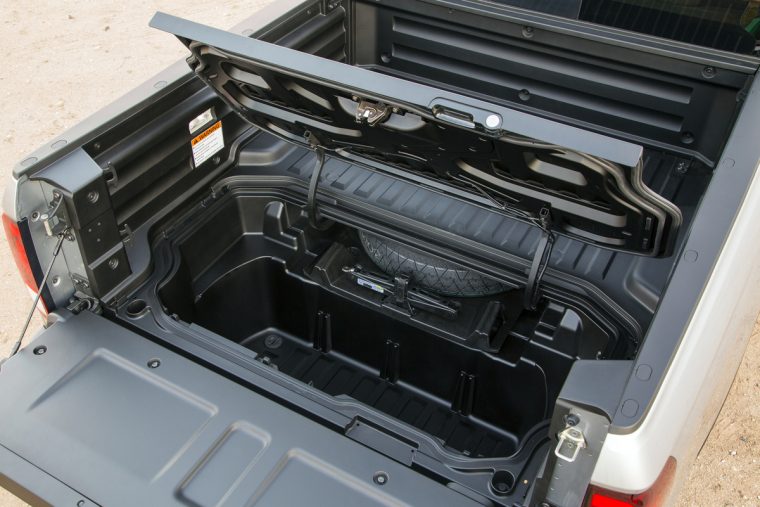 “We are bringing our unique technology and original thinking to the market in a new and challenging concept for a Honda pickup,”  Mendel said while introducing the vehicle to the press. “We think we’ve got a better idea, a truck that uses its unibody construction and Honda packaging magic to deliver more of the things that many of today’s truck customers want and need with none of the things they don’t.”

Expect to see the Ridgeline in action on February 7th, when the pickup will star in Honda’s Super Bowl commercial.