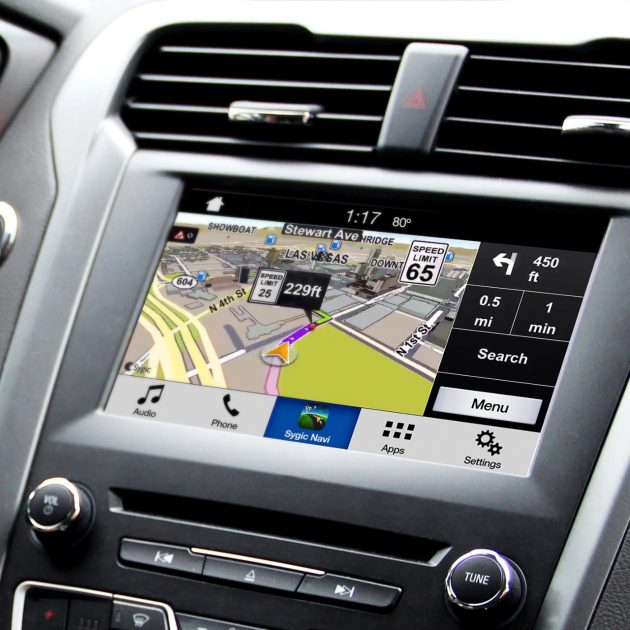 Ford has announced that it is enabling users to project navigation apps from smartphone to screen with SYNC AppLink. Sygic Car Navigation will become the first app to be projected on Ford vehicles’ SYNC 3 infotainment display when plugged in via USB cable, reducing the distraction that comes with using a smartphone for navigation purposes. This function will be made available on vehicles beginning in the 2018 model year.

“Ford understands how customers are using their smartphones, so it’s important we offer them more choice in how they connect and control their capabilities in the car,” said Don Butler, executive director, Ford Connected Vehicle and Services. “Our new SYNC AppLink mobile navigation capability will help keep drivers’ eyes on the road and their hands on the wheel while using the apps that they love.”

“Sygic is committed to exploring the boundaries of navigation, a philosophy that directly contributes to our enduring reputation as the leader in navigation for connected cars,” said Sygic CEO Michal Štencl. “We look forward to unveiling premium new cutting-edge features and further developments as part of our global relationship with Ford.”

Ford cites a 2015 Pew Research Center study that found 67% of the 1,600+ participants admitted to using smartphones for turn-by-turn navigation at least occasional. Nearly a third of respondents said that they use smartphone navigation frequently.

Sygic Car Navigation is currently available in 40 different languages across 200 countries, and it boasts a user base of more than 150 million.