3 Iconic Cars From Classic Television: Which Do You Remember?

Thanks to today’s streaming services, you can tune in to a huge variety of classic television shows that you remember fondly from your youth, no matter which era you grew up in. From Netflix to Hulu to Comcast TV, you can revisit your favorites and all the characters you loved. Some shows featured classic vehicles that were so memorable it seemed they were part of the cast, and a few were so unforgettable that they have become part of the collective consciousness of American culture. 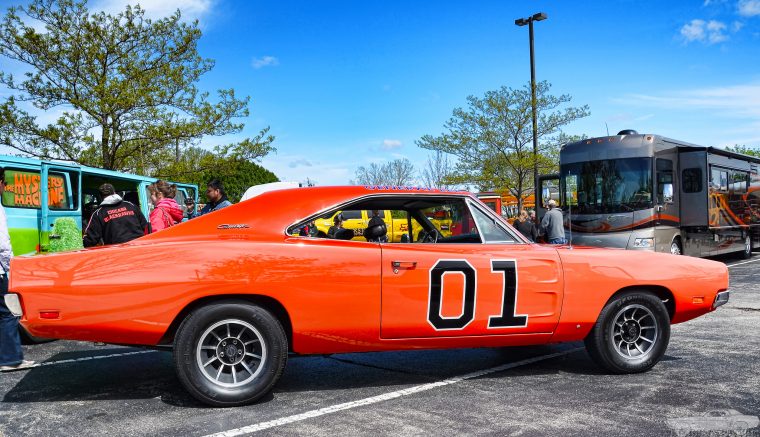 The General Lee: The Dukes of Hazzard

The Dukes of Hazzard ran on the CBS network from 1979-1985 and featured cousins Bo, Luke, Daisy, and their Uncle Jesse, a family of ex-moonshiners who used their wits and driving skills to fight the town’s corrupt politicians, Boss J.D. Hogg, and Sheriff Rosco Coltrane. The Duke boys roamed the Georgia roads in their 1969 Dodge Charger, the General Lee.

The Duke boys might not have escaped many of the bad guys who visited Hazzard each week without the General Lee, which was painted Hemi orange and featured a Confederate flag on its roof and a black 01 on each of its doors. The car’s horn played the first 12 notes of “Dixie,” making the General Lee one of the most recognizable cars on TV, by both sight and sound. More than 250 Chargers were used during the series, although most were destroyed in the stunts that were performed, especially during long or high jumps. 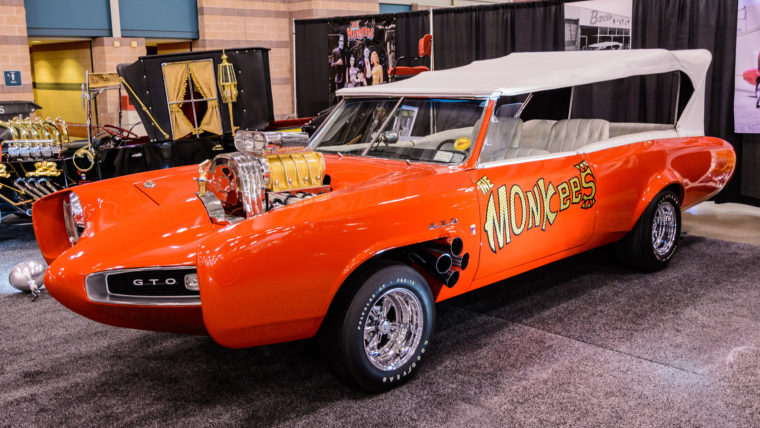 The Monkeemobile: The Monkees

The Monkees TV show was a phenomenon no one could have predicted. The series, which ran on NBC from 1966-1968, spawned a mania not seen since the early days of The Beatles, and the weekly adventures of a made-for-television boy band created a massive hit for the network. The show featured four cute musicians: Davy, Mike, Peter, and Micky, who always managed to find themselves in some kind of trouble. They also had a signature car, known as the Monkeemobile, which was one of the oddest-looking vehicles on TV at the time.

The Monkeemobile was a customized 1966 Pontiac GTO convertible, a popular model of a muscle car. Dean Jefferies, a big name in the customization game, extended the front and back of the car, elongating each by at least a foot. The GTO was painted bright red and the band’s name, formed to the shape of a guitar, was added on the sides. The car also featured a GMC 6-71 supercharger engine that was placed on the exterior of the hood and exhaust pipes that angled out from behind the front wheels. A replica can still be seen at specialty car shows today. 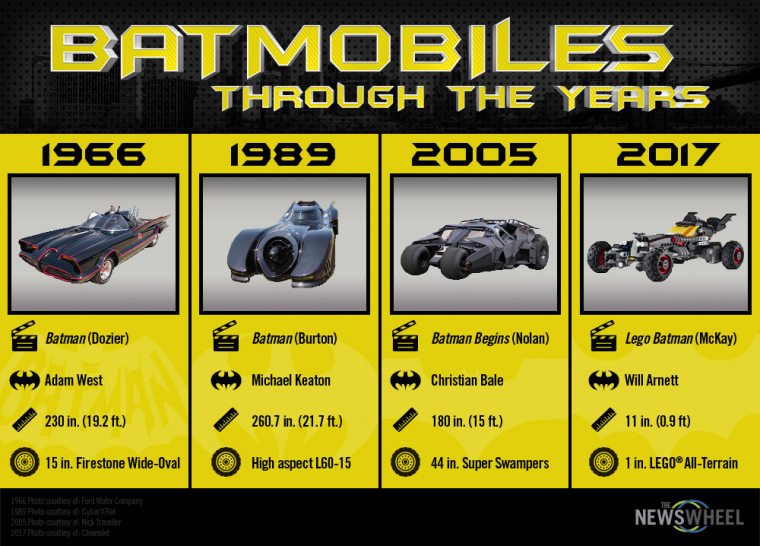 If you grew up during the mid-1960s, chances are you tuned into the same bat-time and channel each week to thrill to the adventures of Batman and Robin. The Batman TV show ran on ABC from 1966-1968 and one of its biggest draws was the iconic Batmobile, which was a 1955 Ford Futura concept car built for the Chicago Auto Show. Later, it was sold to customizer George Barris, who would mold it into the unforgettable Batmobile.

The Batman series was filmed largely in Pasadena, California, which meant there was no need for Barris to construct a winterized version of the Batmobile or worry about the stuntmen’s need to drive a more winter friendly car because of the area’s mild year-round weather. The car’s hood and wheel wells were modified and fluorescent red edging was added to the black paint job. Years later, in 2013, the original Batmobile would sell at auction for $4.2 million.

Television’s classic cars are as memorable as the shows that featured them. From high-flying muscle cars to sleek, futuristic cars driven by famous heroes, each has earned a permanent place in pop culture.