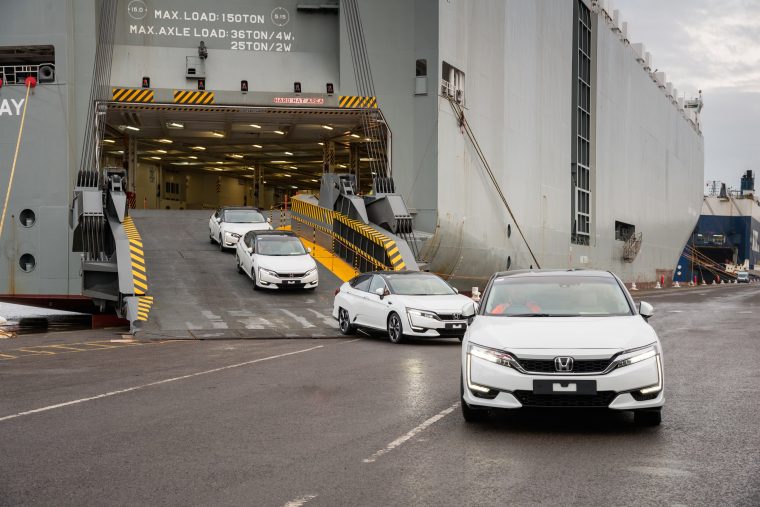 First off—for enemies of the metric system, that’s 366 miles. No matter how you measure, though, Honda’s Clarity Fuel Cell Electric Vehicle has range… the most, in fact, for any production zero emissions vehicle in existence.

Fear not, devotees of the combustion engine—it’s not going anywhere just yet. But, Honda’s debut of six Clarity Fuel Cell vehicles on European roads as part of the Hydrogen for Innovative Vehicles (HyFIVE) demonstration project marks a step forward for the development and globalization of alternative energy technologies, for which Honda is one of many automakers to harbor some ambitious goals.

“Honda has always been one of the leaders in the field of hydrogen fuel cell technology,” said Brachman, adding that the project has involved more than 30 years of research and development.

Honda intends to utilize an electrified powertrain in two thirds of its vehicles globally by 2030.

“The arrival of these vehicles in Europe and Honda’s participation in HyFIVE is the next step towards Honda’s vision of the full commercialisation of this technology,” Brachman said.

To be precise, they’re not yet for sale in European dealerships, instead only available to one of the six lucky customers taking to the streets of Copenhagen or London. But us Americans can soon lease their own Claritys in California, which has enough of an infrastructure for H2 refueling, at a similar price point to the rival Toyota Mirai.