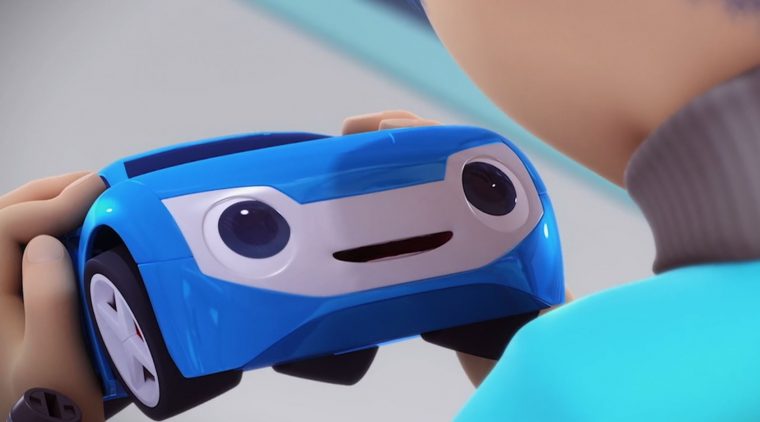 As someone who grew up watching Pokemon, MegaMan NT Warrior, Yu-Gi-Oh! and many other such shows, I’m not unfamiliar with the addictive draw of Asian cartoons featuring arena-style duels between rivals and their upgrade-able pawns.  As an adult, I’ve been intrigued by a new computer-animated series from Korea following this trend that features—of all things—battling cars.

Back in May 2015, Hyundai announced its production of an animated Korean television show that combines influences from its automotive production legacy with anime-style battles. Last year, Hyundai released Power Battle Watch Car in Korea to notable audience success; now, the show has been dubbed in English and given a US-release on Netflix. 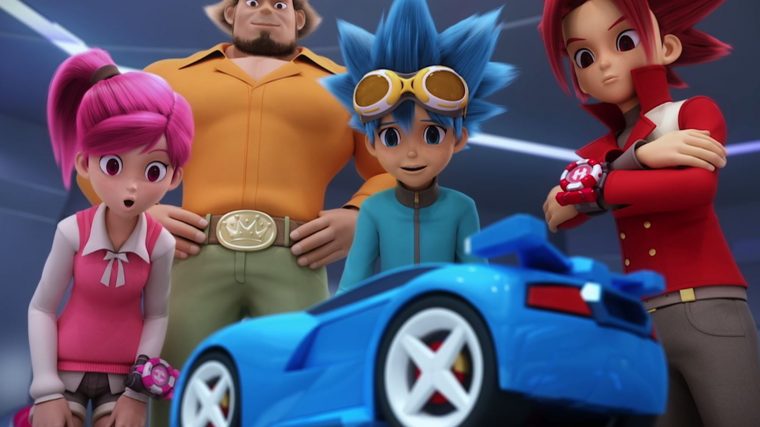 In the near future, the world’s preeminent automaker launches a line of miniature cars instilled with the company’s cutting-edge artificial intelligence. The autonomous miniature cars, influenced via the owner’s digital wristwatch, are an instant sensation with children and lead to the formation of a new global sport.

Within this high-tech world, four friends and their trusty watch cars aim to win the Hero’s Cup tournament but get pulled into the plot of a nefarious villain intent on controlling all watch cars.

The protagonist Jino, dedicated and talented but cocky, controls his car Blue Will, inspired by Hyundai’s real-life Blue Will concept car. He’s joined by hot-headed but well-meaning Roy, pretty yet dense Ari, and dependably sensible Maru.

The Hyundai Elantra: A sure win in any match-up 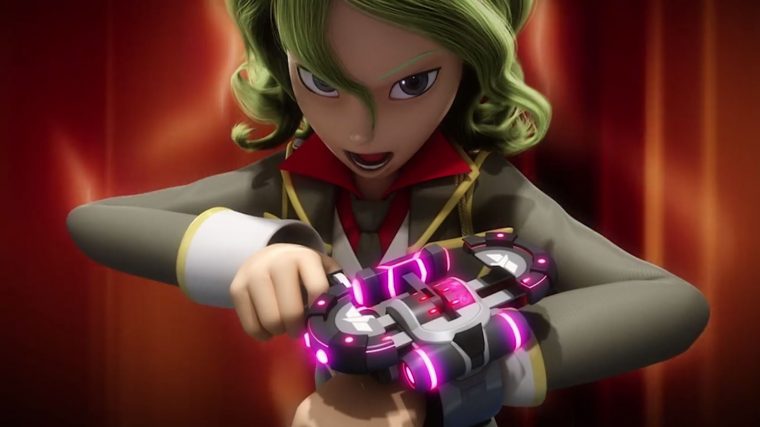 With a title like Power Battle Watch Car, you know full well what you’re getting into watching this show—and from the pilot episode, that’s apparent.

The show’s strongest asset is its animation. Colorful and kinetic, the design effectively makes these micro-car battles feel epic, replete with fast movement, over-the-top weapons (e.g. robo-spiders and dark dragon lasers), and fierce competitiveness. Each car—many of them based off style cues of actual vehicles—looks uniquely different and sufficiently exhibits a range of expressiveness, from menace to concern.

The short 12-minute running time of each episode leaves little time for characterization, however, as most episodes are focused on hyping battles. The unenthusiastic English voice dub attempts to develop the painfully simplistic dialogue of the original Korean (“I did it. It is done.”), but the clumsy conversations, uninteresting personalities, and lack of stakes grow wearisome quickly. 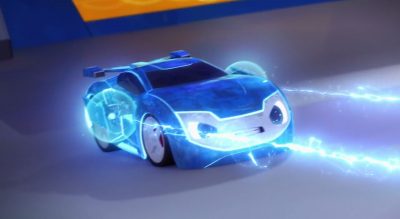 For the most part, the show focuses on its strengths—the over-the-top battle sequences viewers are tuning in for—but viewer investment wears thin not far into the 10-hour-long first season.

Parents shouldn’t worry about the show’s content—as it’s far less controversial than making live animals battle to the death—but Power Battle Watch Car isn’t concerned with teaching moral lessons (other than “be a friend”). The battles are frantic and dramatic enough to entertain children under 8 years old, but some moments may be too intense for very young viewers—including the frequent physical damage sustained by Blue Will.

The show could be nit-picked to death, but at least Power Battle Watch Car doesn’t feel like the blatant advertisement for Hyundai that the show could’ve been.

All 52 episodes of Power Battle Watch Car are currently available for viewing on Netflix.