A Look at Some of Chevrolet’s Funniest Ads 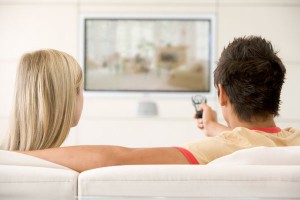 Out of Chevrolet’s funniest ads, which has been your favorite?

There are few better ways to bring attention to your product than with an inspiring advertisement.  One that reaches deep within the viewer’s chest and plucks at the heartstrings as though it were playing its favorite dulcet melody on a Spanish guitar.  One that reaffirms the human spirit and accepts nothing less than absolute optimism for a bright future.

When all of that fails, well, go for funny.  Sure, Chevrolet is known for some of its more sentimental advertisements, including “My Dad’s Car” and the recent “Strong” campaign for the 2014 Chevy Silverado.  However, Chevy has also been at the helm of some unique and humorous commercials going all the way back to 1937.  Let’s have a look, shall we?

You know all those cat memes that the internet seems to have been build around like some kind of Mecca for the most sacred kind of humor?  Chevy had Nyan Cat, Grumpy Cat, and Keyboard Cat beaten by decades with a 1937 newsreel displaying a “pussyweight” fight between two feline combatants.  Flanked at ringside by an audience of reporters comprised entirely of dog, pussyweight champion Gus and challenger Butch claw it out for the title (while both wearing leather harnesses for some reason).  How do animals fighting help sell Chevrolets?  Cats.  That’s why.

This 1970 Chevrolet Chevelle SS commercial chucks so many beautiful things in a one-minute spot.  The voiceover guy from all of those grindhouse movies?  Check.  Guy wearing a stylish neckerchief?  Check.  A bunch of 70s-style-fashionistas emerging from nothingness in the middle of a vast desert in some kind of odd, consumerist take on themes usually reserved for Ingmar Bergman films?  You betcha.  We’re fairly certain that this commercial came across as pretty boss back in the day, and though time has rendered it quite Bogue, at least the Chevelle still stands far out and looks colder than a deuce.

For those children of the 80s and 90s who might be thinking “oh man, the seventies were so lame,” may I remind you that even with a superstar the likes of Michael Jordan, fashion in the 1990s was nothing to shout about (though it certainly warranted its share of goofy sound effects).

This clever ad for the Chevy Impala lines modern model up alongside a classic ’64 Impala and lets your expectations start to work.  The end result of this ad may surprise you, reaffirming the idea mantra of “whatever your groove, we’ll be there.”

Finally, this 2012 Super Bowl advertisement weighs all the potential harbingers of the Mayan apocalypse that we never got (meteors, giant robots, the return of Dr. Evil in his Big Boy rocket, Barry Manilow) and finds them unable to fell the power of the Silverado.  Not so lucky for Dave, who drove a Ford…