Ads Stink at Explaining, So Here’s How Plug-in Hybrids Work

I read a something that made me concerned today. It was an article from Green Car Reports which talked about how little people really know about how plug-in hybrids work and about how, in their marketing campaigns, producers of plug-in hybrids often don’t adequately explain how the powertrain is different from conventional hybrids.

The thing is, they aren’t wrong. I mean, take one commercial for the Volt, from our favorite dude with a clipboard.

Since writing, the video has been made private on YouTube, but the gist of it was that Chevy was taking jabs at the Prius Plug-in for using technology developed several years ago by comparing it to gadgets developed in the 1980s.

I mean, I don’t want to criticize professional advertisers, but did anyone else think that commercial spent an incredibly uncomfortable amount of time talking about the old technology, all so there could be some sort of short, side payoff by taking a jab at the Prius Plug-in? The discussion of the Volt’s power briefly skates over how it will go 1,000 miles between fill-ups and uses “extended range electric technology.”

Then there is this gem from the first-gen Volt, which is less about the sweet car and more about this driver being ashamed of having to pee:

Thankfully, there was one commercial on YouTube explaining exactly how it works (including a cartoon of electricity and the gas motor high-fiving), although it is a two-minute-long commercial over calm music, so it seems likely that it didn’t see much air time on TV (you can watch it here, if you like). You know what does get seen by a lot of people on TV, though? The Super Bowl. And the Volt had a commercial during the Super Bowl! Yay!

Unfortunately, though, besides saying “on longer trips it can use gas” (which is a hallmark of, say, every gas car on the road), it doesn’t touch on the powertrain much. It’s possible it ran out of time, seeing as it needed to save room to brag about how the Volt can go up to 100 mph, which most of you will recognize as not particularly brag-worthy.

The uncertainty inspired by the majority of these ads is only going to be worse as more and more automakers come out with plug-ins and electric cars soon (BMW, Volvo, Audi, Hyundai/Genesis, etc.), so let’s wipe it away the uncertainty of these ads and talk about, for posterity, how plug-in hybrids work.

Here Comes the Knowledge: This report claims electric cars will cut gas demand by a fifth in the next 20 years

Let’s put it simply: think of plug-in hybrids as the halfway point between gas cars and electric cars. When you get in and start driving, the plug-in will do so fully on electric power stored in the battery. No gas is being burnt, no emissions are being made, and in most plug-in hybrids you have enough power stored in the battery to get you to work or the store and probably back home.

As you keep driving, though (like if you were, say, going to visit your brother at college across the state), that power eventually runs out, and without a plug, where will the electric motors which move the wheels get their power? 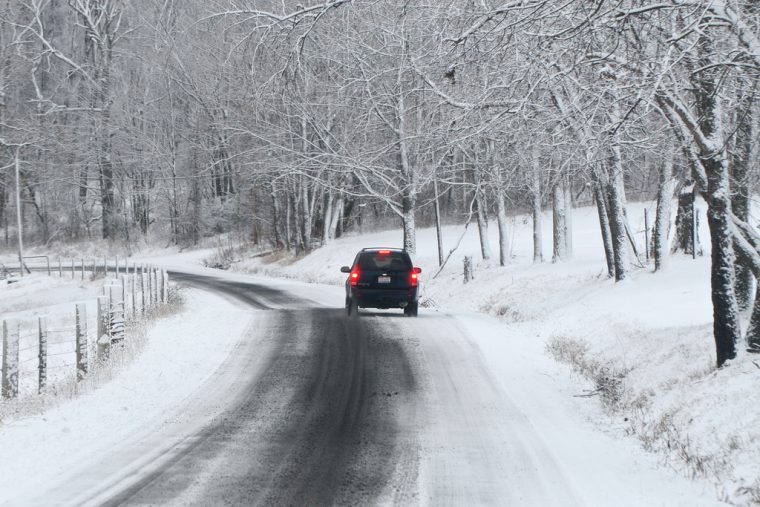 Not pictured: an outlet

They get it from the gas engine. As the car senses its power reserves running out, it taps into the gas motor, which kicks on and puts energy back in the battery, where it is sent to the electric motors. So, the car keeps rolling.

Basically, then, all shorter drives (basically most every drive you make on a daily basis) can be done on electric power, which is much, much cheaper to recharge. But then, if you have a drive that takes you across the country, the plug-in can handle that, too. All in all, plug-in hybrids are perfect for people who want to drive electric, but don’t want to worry about finding charging stations when you want to go visit Grandma.

Well That Sounds Pretty Sweet: Then maybe you should check out our list of every mainstream plug-in car available right now