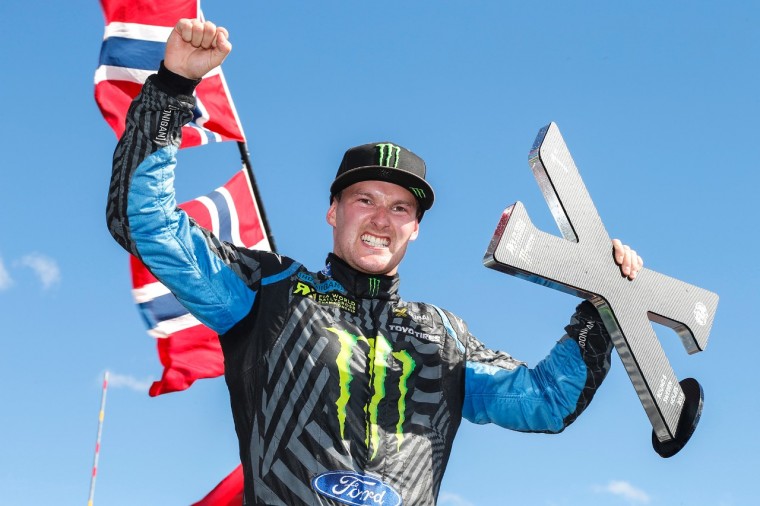 Apparently, Hoonigan Racing Division driver Andreas Bakkerud so enjoyed bringing the Ford Focus RS RX its first FIA World Rallycross Championship win last month in Hell, Norway that he figured, “hey, why not give it its second one, too.”

Bakkerud piloted his No. 13 Ford Focus RS RX to its second consecutive victory this past weekend at the race in Holjes, Sweden. Bakkerud overcame a double puncture in the first qualifying race that resulted in a DNF, but the efforts of his team put him in the position to take second in the next two qualifiers and first in the fourth.

In turn, Bakkerud took the pole for the semifinal, which he won. In the final, he overtook two Peugeot drivers on the last lap to take the checkered flag. The win not only marks the second straight for the driver and the Ford Focus RS RX, but also Bakkerud’s fourth straight podium finish in World RX competition taking place in Sweden.

“I have no words. Being on the podium four times in a row at Holjes in Supercar…it’s just amazing,” said Bakkerud. “It’s an event that every rallycross driver wants to win, and we did it!” 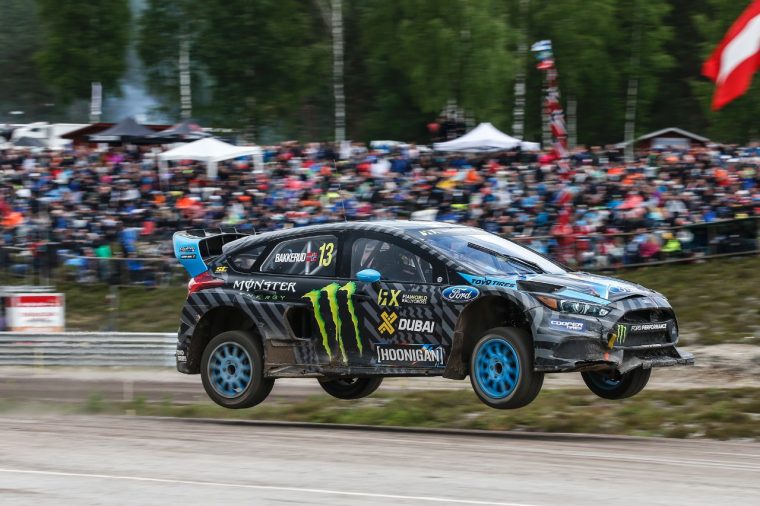 “We are optimistic about the future of the car.  We obviously still have some work to do and we’d like to get both cars on the podium,” said Brian Novak, Ford Performance Motorsports Supervisor of Rallycross. “Ken’s having some bad luck, but we’ll keep pushing to get them both up there.”

HRD and the Focus RS RX will be in action once again on August 5th-7th when it makes its North American debut at the Grand Prix de Trois-Rivières in Trois-Rivières, Quebec.

Make Your Seats Spotless: How to clean your car interior