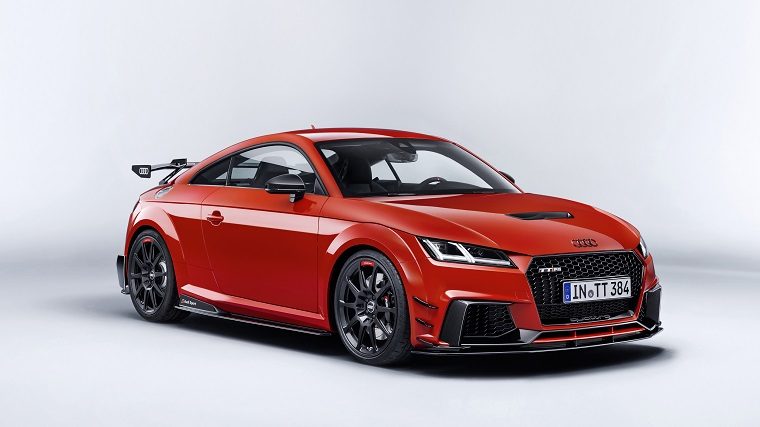 The 2017 SEMA show in Las Vegas is here and with it has come a number of exciting new concepts and performance parts from dozens of automakers—though none quite as titillating as the new TT Clubsport concept Audi brought.

Inspired by the iconic Audi 90 IMSA GTO race car of the late 1980s, the TT Clubsport concept features a 2.5-liter inline five-cylinder engine that has been tuned up to 600 horsepower, with no small help from an electrically-assisted turbocharger. It can achieve a top speed of 192.6 mph and, thanks to quattro all-wheel-drive (AWD), can accelerate from 0 to 60 mph in only 3.6 seconds.

What’s more, the Audi TT Clubsport concept looks absolutely stunning with extended angular fenders that have widened it by 5.5 inches and a rear wing made of carbon fiber-reinforced polymer that can be manually adjusted.

Finally, the German brand showed off the R8 LMS, the GT3 race car that shares more than half its components with the road-going R8 supercar. Featuring a naturally-aspirated 5.2-liter V10 under the hood, the Audi R8 LMS has been a top competitor in the Pirelli World Challenge, IMSA WeatherTech® SportsCar Championship, and Nürburgring 24 Hours, where it scored a 1-2 finish in 2015.