What does it mean if you are driving and it shows the poop emoji? 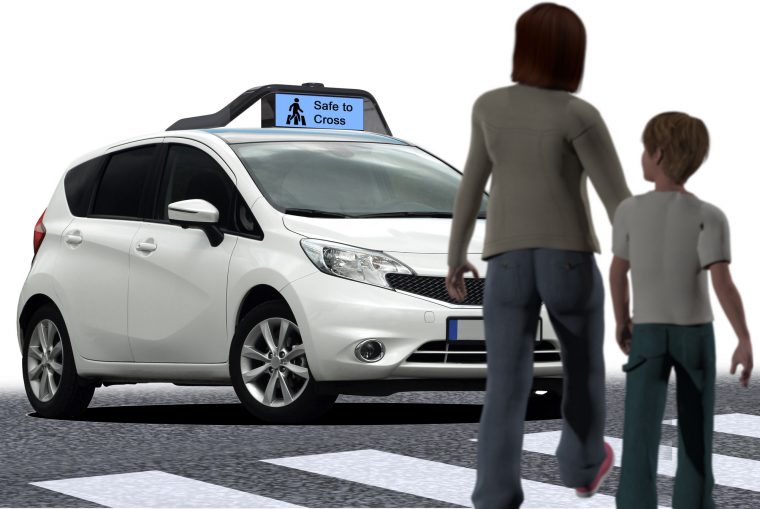 Self-driving cars have one particular problem—while they may be able to fairly easily communicate their traffic intentions, there is one thing that they have yet to be able to do: communicate with people. For example, a pedestrian is waiting to cross the street, and a self-driving car pulls up to the light. The pedestrian has no way of knowing if that car will wait for them or will run into them as they try to cross. There is a similar problem for people sharing the road with self-driving cars—will the self-driving car speed up aggressively and merge into traffic, or will it putter along forward until it finds a comfortable place to merge?

This is the problem that a new self-driving car startup called Drive.ai strives to solve. Carol Reiley, co-founder and president of Drive.ai, told Wired, “These simple lights aren’t gonna cut it anymore,” later adding, “We need to be able to communicate in all directions, and we need to be able to show intention and have a conversation with the other players on the road.”

Drive.ai’s car’s primary method of conversation is a roof-mounted electronic billboard, which can flash messages to anyone with a line of sight to signal the car’s intentions, whether that is through text or image—the company has even toyed with using emojis to communicate to skirt issues with illiteracy and language incomprehension. In addition, the vehicle could project a number of “safety sounds,” from an aggressive horn to get someone out of the way to a more gentle noise to signal the message “after you.”

Of course, there could be problems with this approach, as pointed out by John Rousseau, executive director of design firm Artefact, who pointed out that, although the sounds and images may seem intuitive, they still are creating a sort of language, which not everyone will understand. This is only complicated further by the multitude of other companies working on autonomous vehicles, any of which could create their own, conflicting autonomous car language.