It was announced last week that BMW will expand its operations at their Spartanburg, South Carolina, assembly plant in order to accommodate production of the long-time-coming X7 full-size sedan. The expansion will be funded by a $1 billion investment from BMW, and more than 800 jobs will be added in order to increase plant production capacity by 50 percent over the next two years. 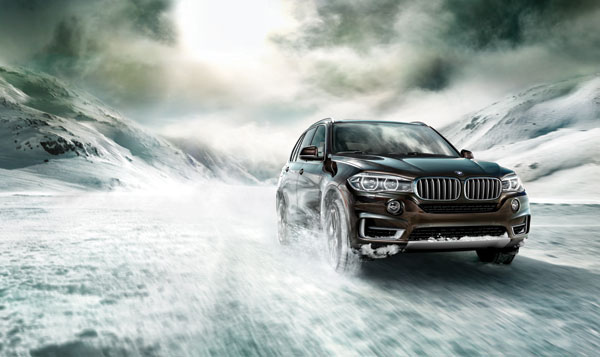 The BMW X5 is currently made at the Spartanburg, SC plant.

“At the BMW Group, we have a golden rule: Production follows the market,” said Dr. Norbert Reithofer, BMW Chairman, in a statement. Reithofer managed the plant from 1997-2000, according to The New York Times, adding that his time at the Spartanburg plant helped to mold the style with which he manages the company. The investment is yet another step in BMW’s mission to fully integrate themselves as an American-adopted brand.

“20 years after opening this plant, I’m proud to say that: We at the BMW Group feel as if we are a real part of America. I think the most appropriate expression to convey my optimism about the future of Plant Spartanburg is to quote the State Motto of South Carolina: While I breathe, I hope. And may that hope for a brighter future for this region continue beyond our joint efforts today.”

The BMW X7 will serve as the brand’s competitor to the Range Rover, Mercedes-Benz GL, and Audi Q7. While no further details about the X7 have been announced, it can be pretty well assumed that the three-row SUV will have V6, V8, and diesel powertrain options.

The expansion and investment in Spartanburg will also accommodate an increase in capacity for the X3, X5, X5 M, X6, and X6 M models, as well as the just-underway production of the X4 and the upcoming X5 PHEV. By 2016, BMW aims to increase the plant’s maximum production capacity to 450,000 models, which would make it the largest BMW plant in the world.

For the latest information on the X7 and the X4—which will make its world debut in two weeks at the 2014 New York Auto Show—stay tuned to The News Wheel!