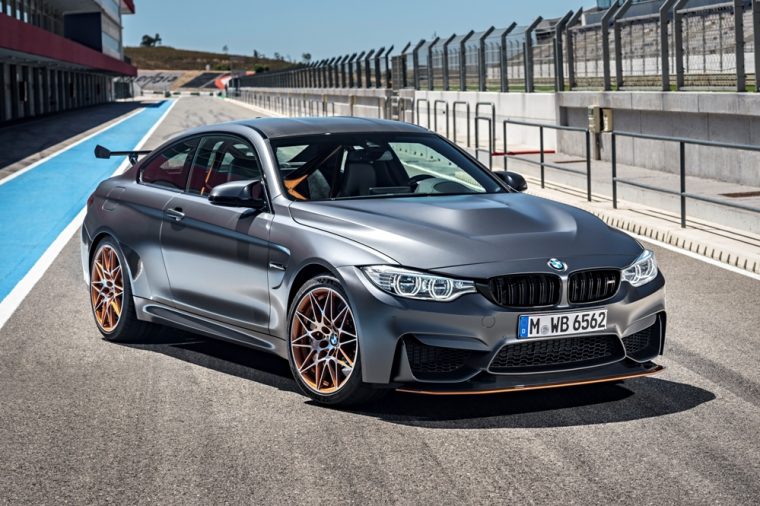 BMW has been teasing us with the BMW M4 GTS for a while now. In August, the vehicle was featured at Monterey Car Week in California, and last month it made an appearance at the Tokyo Auto Show (yet it was curiously hard to find). This week, the second most expensive model in the American BMW lineup finally arrived at its first major American event, the LA Auto Show.

Are SUVs More Your Style? Learn more about the BMW x5

If you haven’t heard, the 2016 BMW M4 GTS is the first BMW special production vehicle to hit American shores in the automaker’s history. Out of the estimated 700 built, 300 will make the trip to the USA for sale. The vehicle is road legal, but was designed with the track in mind. It takes the vehicle seven minutes and 28 seconds to take a lap at Nürburgring-Nordschleife, one of the world’s most famous testing tracks, compared to the seven minutes and 52 seconds it takes the standard BMW M4 Coupe.

The M4 GTS will be available in Black metallic, Mineral Grey metallic, Alpine White, and Frozen Dark Grey metallic. Although, with how limited these cars will be, many buyers might take the car they find on the dealership lot instead of chancing losing the model altogether. The vehicle will be built with great features like iDrive Navigation System, OLED taillights, adaptive LED headlights, and several interior trim details made specifically for this special edition ride.

Sources say that the 2016 BMW M4 GTS will be available in the US in the spring of 2016 with a starting price tag of $134,200. Hopefully this is just the beginning of special edition BMW cars coming to the US.