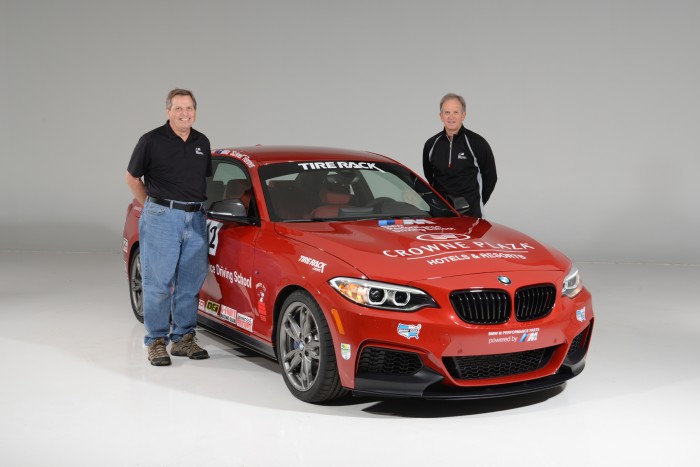 Michael Renner and Stephen Maguire with their 2014 BMW M235i

For this year’s One Lap of America event, which began on May 3, BMW is bringing their A-game (or perhaps more appropriately, their M-game) with a 2014 M235i. The M235i will be piloted by BMW Performance Center Driving Instructor Michael Renner and United BMW Roswell of Atlanta’s Stephen Maguire over the course of seven days and 3,249 miles.

The 2014 One Lap of America event began May 3 in South Bend, Indiana, and will venture through the Eastern portion of the United States while completing transit stages consisting of distance, skid pad, drag strip, and closed course time trials. The 2014 BMW M235i that Renner/Maguire are looking to guide to victory is an unaltered stock model, which means that it is powered by an M Performance 3.0-liter inline six with TwinPower tech that doles out 320 horsepower and 330 lb-ft of torque. 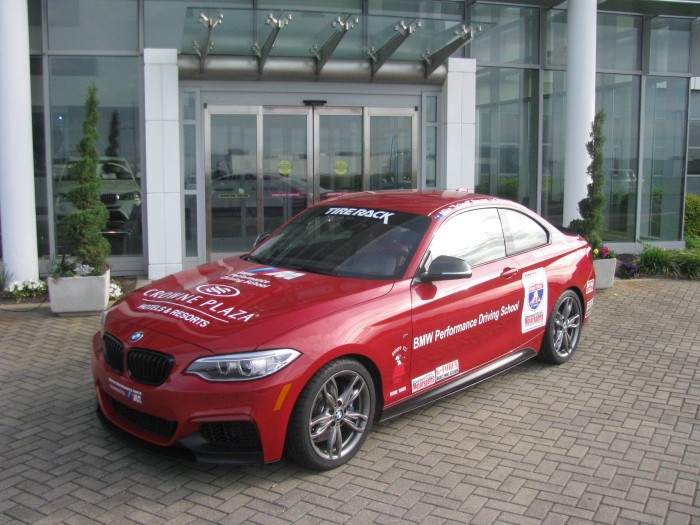 The BMW M235i that is currently running One Lap of America

The new BMW M235i can achieve 0-60mph in 4.8 seconds and has an electronically-limited top speed of 155mph. Fair to say, we kind of like BMW’s odds here.

Today’s events will wrap up with a time trial at the BMW Performance Center in Greenville-Spartanburg, with events moving to the New Jersey Motorsports Park on Wednesday, Mid Ohio Sports Car Course and Design Engineering, Inc. (Avon Lake, OH) on Thursday, GingerMan Raceway on Friday, and wrapping up at the Tire Rack Dry Skid Pad on Saturday.