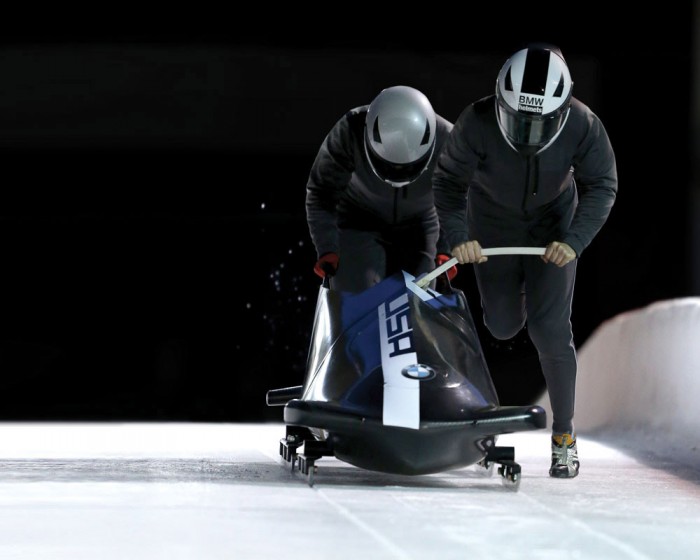 BMW is a German automaker known for making what it calls “the Ultimate Driving Machine.”  Normally, that slogan translates to high-performing luxury vehicles, but we are finding out at the Sochi Winter Olympics that “driving machines” are not just automobiles.

The United States bobsled team enlisted the engineering prowess of BMW to creates its sleds for the 2014 games, and the so far, the results have been nothing short of incredible.  In total, the men’s and women’s US bobsled teams have racked up three medal (one silver, two bronze) and only the two-person bobsledding competitions have been held to this point.

“It has exceeded my expectations,” said Trudy Hardy, BMW North America’s vice president of marketing. “People can really grab onto this one. They get it. It’s easy to understand: ‘Of course BMW can make a fast sled.’”

Highlighting the medals was the US men’s two-man team, piloted by former National Guard solider and former Alpine skier, Steven Holcomb.  The BMW sled helped the team to win America’s first medal in two-man bobsledding since 1952, and you can bet Holcomb is excited about the accomplishment.

“We came here to get a gold, but a medal’s a medal,” said Holcomb. “I’m walking home an Olympic medalist. That’s pretty badass. To come away with a bronze is still fantastic.”

What do you think of BMW’s bobsled?  Let us know in the comments below!