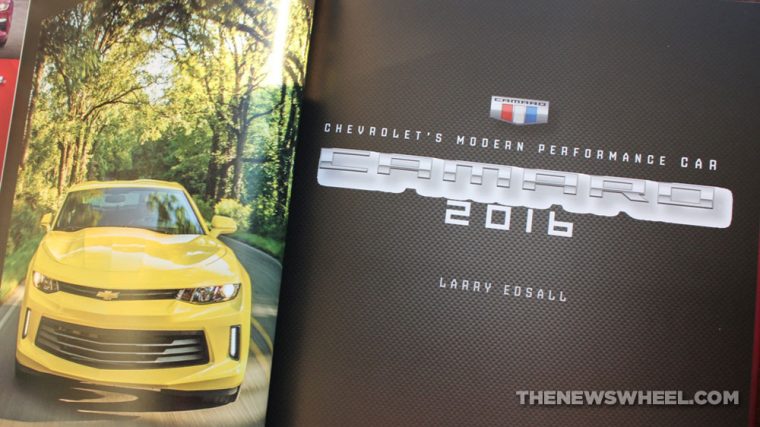 The Chevrolet Camaro has had something of a checkered history. Created in 1967 after the company was caught flat-footed by the Ford Mustang, the Camaro peaked in popularity for four generations before petering out in 2002. In 2010 the Camaro came back with a vengeance, though, eventually leading to the current generation and the 2016 Camaro.

This book is that story. 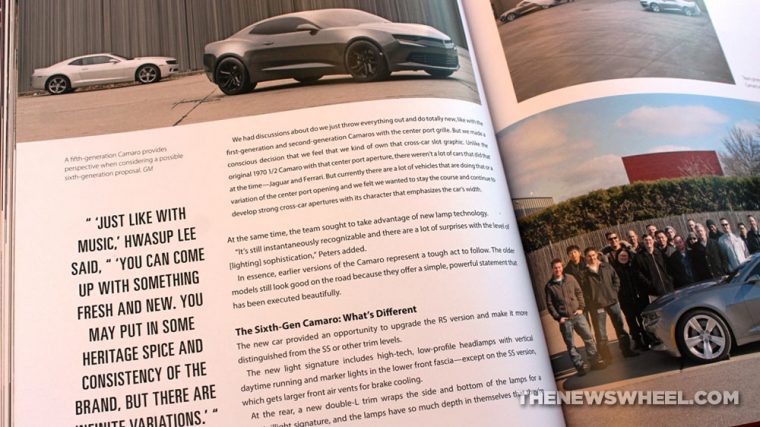 This book follows the Camaro through its entire history before landing on the 2016 model, explaining how each decision was made, how the new technology works, and the process undertaken by the design team as the Camaro was resurrected and improved for the 2016 year.

Each chapter is dedicated to a different aspect of the creation of this car, from the car’s earliest beginnings as a secretive side project to the project leader’s response to GM plans to put a turbocharged four-cylinder engine in the car, to the “Find New Roads” tour that took place after the car was made. The author even included a section detailing the 2016 Camaro’s specifications.

The book is filled with large, detailed pictures of the Camaro and its components in various generations and across various states of development, and draws heavily from sources that were intimately involved in the Camaro’s development, including Camaro Product Planning Manager Cheryl Pilcher (with a lovely picture of her in a fifth-generation Camaro), GM Performance Car Design Director Tom Peters, Camaro Designer Hwasup Lee, and Sixth-Generation Camaro Chief Engineer Al Oppenheiser.

Each section is wonderfully and engagingly written, without making eyes glaze over by diving too far into engineering specifics unless it is absolutely called for. The stories are smart and personal, largely thanks to the first-hand opinions of the sixth-generation Camaro team, and offer great insight not just into the creation of the new Camaro, but the process that each new car undergoes on its way to production. 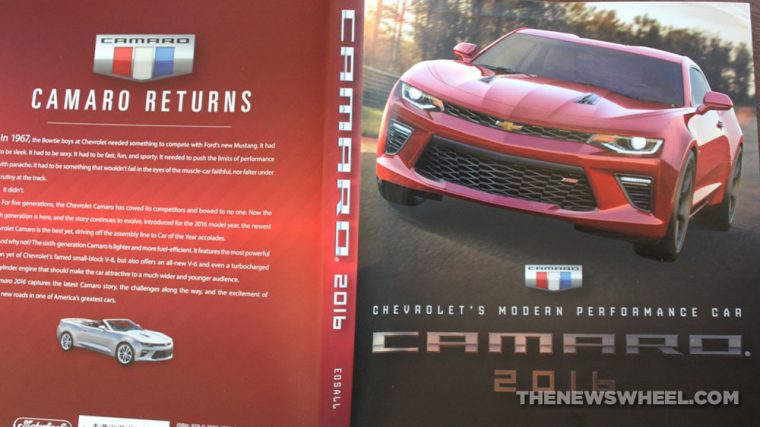 The book is a slightly oversized hardcover, featuring a bright and interesting dust jacket (although if you lose that you are just left with a flat red cover). Inside, each page is glossy and thick–every once in a while when turning the page you will wonder for a second if you actually turned two pages by accident. All the photos are beautifully rendered, including the two full-page spreads of the 50th-Anniversary edition Camaro inside each cover. 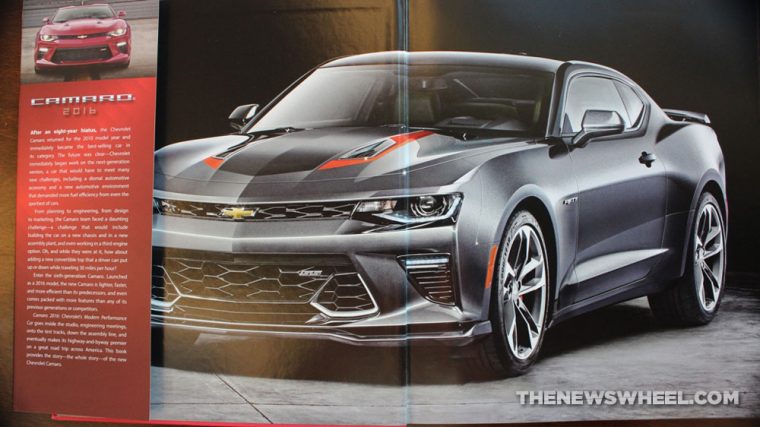 The text is readable and is balanced with the pictures to make neither the main focus (although a few times I became so engrossed in the story that I forgot about the images entirely). 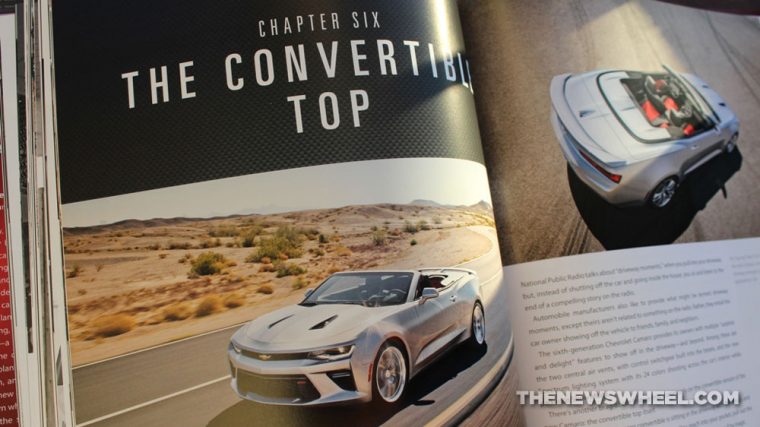 Overall, I was very impressed with this book. Often car books are written by engineers or highly technical people who have a tendency to meander in the story and inundate readers with numbers and jargon that the casual reader would not understand. However, Camaro 2016 offers a very engaging narrative that remains focused and concise. This is the perfect muscle-car-lover’s coffee table book, with each section perfectly readable as its own section. 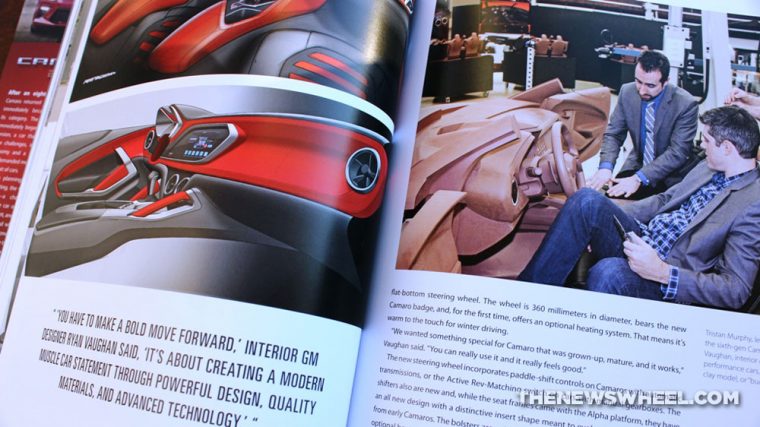 A few small things did bother me as an editor, such as one incorrect caption (although it was the only one that I saw in the whole book) and a few times where I wish that the designer hadn’t put a few pages of images in the middle of a sentence which was split between two pages. However, those concerns disappeared in the face of the fantastic writing and gorgeous photos, leaving me genuinely sad that I don’t have the money to buy a Camaro (unless one of you lovely people feels like getting one for me).

Camaro 2016 is available through the publisher’s website, Amazon, Barnes and Noble, Books-A-Million, and other retailers.