Last week, Cadillac announced that its new flagship model would be called the Cadillac CT6 (and not the LTS as we all suspected). The CT6 is meant to usher in a whole new naming structure, spearheaded by Johan de Nysschen, who recently did the same thing for Infiniti.

Many applaud de Nysschen’s new direction for the company, which, in addition to the change in naming structure, includes moving company headquarters to New York. There are critics, however, who don’t really care for the new naming structure—or just don’t believe it’s enough to elevate the brand.

Regardless of whether you like the new system or not, however, it’s coming. The names will not be changed all at once, as Infiniti did it, but only as new models are added or current models are redesigned. The Cadillac Escalade name, however, has become iconic in itself, and fans are not thrilled at the idea of its being changed. 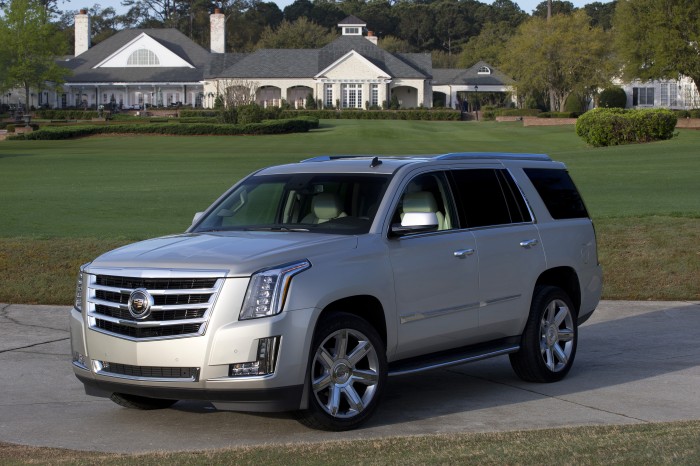 Never fear, fans of the Cadillac Escalade name. According to Dave Schiavione, the Escalade product manager, the Escalade’s name will not be changed. Schiavione noted the Escalade’s performance in an interview with Road & Track, calling it “the de facto halo vehicle for Cadillac until the CT6 debuts.”