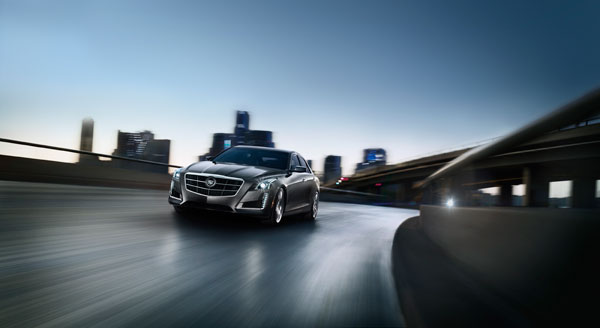 The Cadillac CTS is a luxury sports car that was designed, engineered, and produced by GM. The CTS first arrived on the scene in 2002 and has seen two significant redesigns, marking three generations. The flagship CTS has become one of Cadillac’s most decorated vehicles and shows no signs of slowing down.

Unveiled in 2002 for the 2003 model year, the CTS marked the debut of Cadillac’s new “Art and Science” design language, which was first unveiled in the Evoq concept car. The first generation CTS was set to replace the out-going Cadillac Catera, and was based upon an elongated version of GM’s Alpha platform.

The first generation of the Cadillac CTS ran from 2003-2007, with the first major redesign occurring in 2008. The second generation would stick around a bit longer than the first, as Cadillac would wait until the 2014 model year to unveil the third generation.

The Cadillac CTS has just entered its third generation, and the redesign is the most aggressive yet for the flagship sedan. The aerodynamic CTS is now powered by all-new, turbocharged engines that bolster performance, while maximizing efficiency.