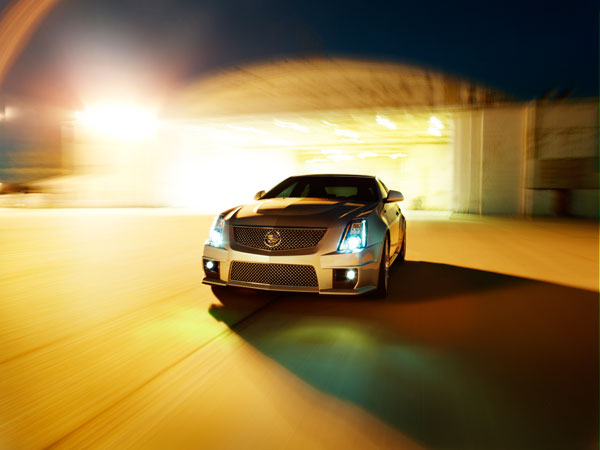 The first-ever Cadillac CTS-V hit the market in 2004, and was based on the GM Sigma platform just like the CTS, but the CTS-V distinguished itself with a V8 engine and larger shocks among other performance-tuned features. The CTS-V wouldn’t enter its second generation until the 2009 model year, which was based on GM’s enhanced Sigma II platform. Currently, the CTS-V remains in its second generation, which has enthusiasts speculating over an upcoming redesign.

In recent years, Cadillac continues to bolster performance of the CTS-V Sedan. The recent addition of a 6.2-liter supercharged V8 has improved output to over 550 horsepower. In addition to heightened performance, Cadillac has updated styling and loaded the CTS-V with technology, including the CUE infotainment system and much more.

The arrival of the Cadillac CTS-V Coupe and Sport Wagon has added versatile design options to the CTS-V sedan’s impressive performance.

The CTS-V raced in the SCCA World Challenge series from 2004-2007, and won the manufacturer’s championship in both 2005 and 2007. The second generation CTS-V held the track record at the Nürburgring for a production sedan in 2009, before a Porsche Panamera Turbo broke it later that year.