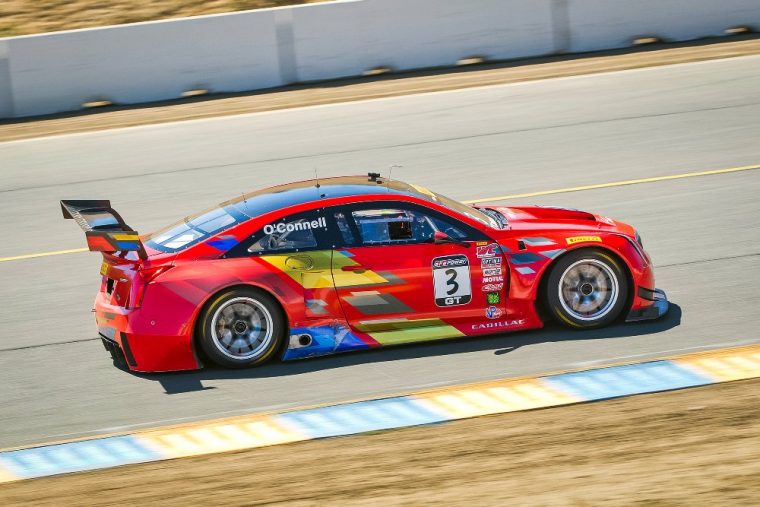 Cadillac racecar driver Johnny O’Connell might have started Sunday’s GT sprint race at Sonoma in third place, but he quickly took the lead before entering the first corner and never looked back after that.

However, what happened behind O’Connell was a different story, as veteran driver Jon Fogarty’s No. 99 car was hit by another vehicle on the first lap and spun in the carousel. This accident caused other drivers to reduce the speed of their cars in order to avoid crashing, which allowed O’Connell to extend his lead to more than four seconds.

By the end of the race, O’Connell’s Cadillac ATS-V.R had an 11.386 second advantage over second place finisher Alvaro Parente and his McLaren 650S. The win was O’Connell’s second of the weekend and third this year.

“I was laser focused on the starter with the green flag,” O’Connell said. “I had the revs up on the Cadillac ATS-V.R Coupe and was able to drive by the McLarens…It was a good weekend for Cadillac. I tell people this team is like Joe Montana. He was always a fourth quarter player and we are headed to Laguna Seca with still a chance.”

O’Connell won the GT drivers’ championship each of the past four years, but this year he’s only third overall in the point standings with a total 1451. The current point’s leader is Parente with 1552, which is only a nine point lead over Porsche driver Patrick Long.

The Pirelli World Challenge season finale will be held at Mazda Raceway Laguna Seca. The events are scheduled to take place October 7-9.

Cars 101: Learn about the many benefits that come with pre-owned cars and trucks 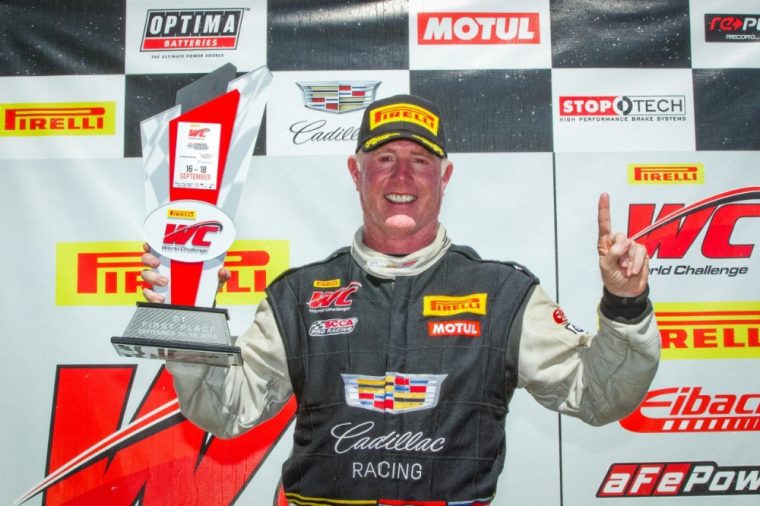 Nobody could keep O’Connell out of victory lane
Photo: © General Motors