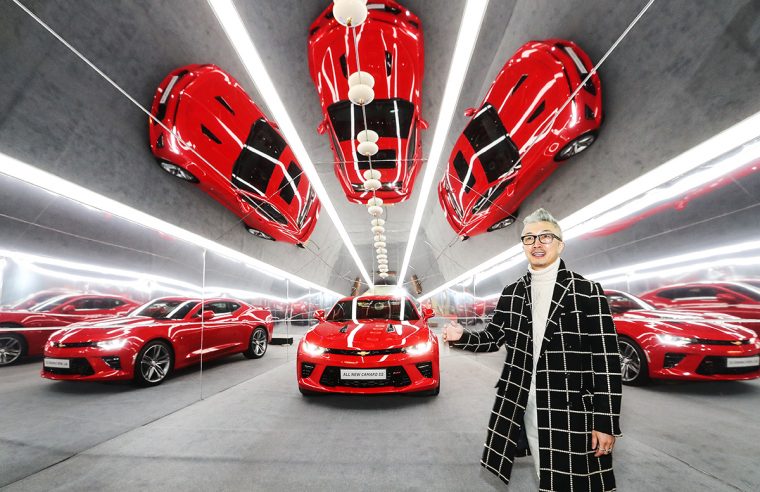 To celebrate the launch of the new Camaro SS and addition of a new available package, GM South Korea is exhibiting its absurdly powerful muscle car at the 2016 Seoul Design Festival, which takes place from December 7th-11th at Coex in Samsung-dong, Seoul. Because, you see, the Camaro is a piece of art.

“According to Chevrolet’s brand philosophy of pursuing unending possibilities, we prepared a new marketing strategy for customer experience. Via the Seoul Design Festival, which grew as a festival as well as a showcase for Korean designers around the world, we are planning to deliver our dynamic and young brand image while impressing customers with the Camaro SS’s elegant style,” said Il-sup Lee, GM Korea managing director of Marketing.

The display was put together in collaboration with space designer Chiho Kim, the Exhibition Planning Designer and CEO of Chico and Partners. Gleaning inspiration from the Camaro SS’s 455-horsepower output—making it the single most powerful Camaro ever built—the muscle car sits in an elongated, mirrored hallway that allows observers to behold the Camaro SS from six different angles at once.

The model on display is outfitted with the newly-released Camaro SS Volcano Red Package, which emphasizes the Camaro’s magma-like qualities with red interior and exterior details.