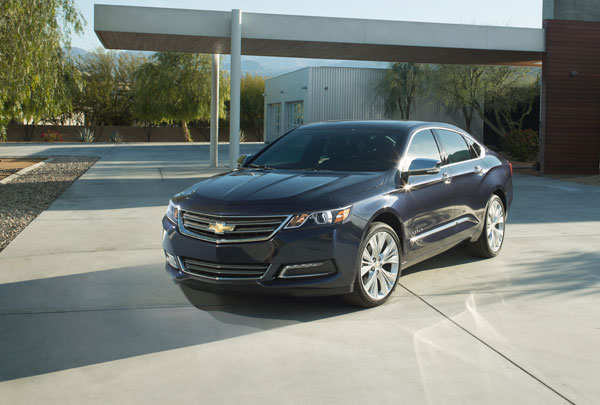 The Chevy Impala is among America’s most iconic nameplates. What began in 1956 recently entered its tenth generation of production, and has become the sedan of choice for countless families throughout its over five decade-long run.

Although production of the Chevy Impala began in 1956, it was first introduced as a 1958 model and became Chevrolet’s best-selling vehicle by 1965. Initially, the Impala’s fiercest competitors were the Ford Galaxie 500 and the Plymouth Fury, but Chevy’s flagship sedan easily outlasted the two rival nameplates and continued to be Chevy’s most popular full-size vehicle well into the 1980s.

After a short hiatus after 1996, the Impala was reintroduced as a 2000 model and has been consistently in production ever since.

The Chevy Impala underwent a complete redesign for the 2014 model year, marking the antelope-inspired sedan’s tenth generation. The Impala is leading the way in terms of technology and environmental awareness with the advent of a new infotainment system with smartphone integration and the introduction of fuel-conscious hybrid technology.