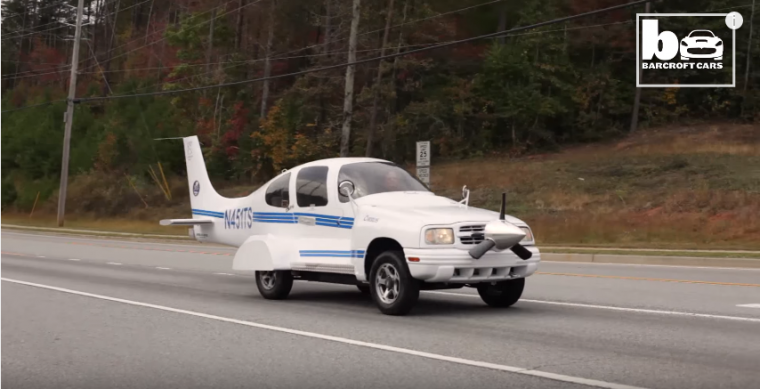 Mark Ray of Atlanta, Georgia, loves to build unique car hybrids. When I say hybrids, I’m not talking about a car that’s powered by both electricity and gas. I’m talking about something as awesome as a Boat Car, Mr. Ray’s first project, or the latest addition to the Ray garage, a Plane Car.

Unfortunately, the Plane Car does not fly. Ray designed it as a mashup of a Cirrus SR22 aircraft and a Chevrolet Tracker, and he was drawn to the project after his daughter mentioned that he was getting bored tweaking the Boat Car. Two body shops in the Atlanta area helped take the Plane Car from two separate vehicles to one awesome ride. It is completely street legal, thanks to seatbelts, rearview mirrors, and brakelights. The Plane Car has even passed emissions testing.

Take a look at the Plane Car in the video below:

Obviously, the propeller was trimmed to allow the plane to drive on the road. Several inches also had to be taken off of the plane’s tail, as its original width would mean the Plane Car would not be able to share the road with other cars.

One of the best things about Plane Car is that it doesn’t sit protected in the garage all the time. Mark Ray drives the car regularly, even dropping his son off to school in it. That has to be the coolest ride to school ever.