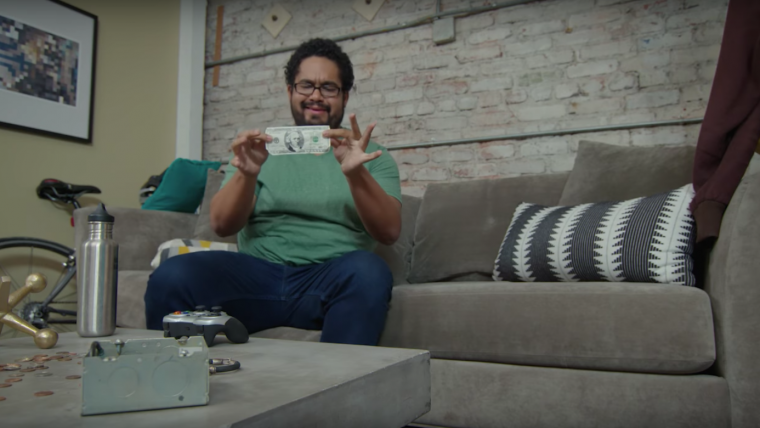 In order to sell its lineup of small cars, Chevy has turned to an appropriately low-key marketing strategy.

It began with a series of brief videos entitled “Small Talk,” which were super-short talk show episodes that comedian Al Madrigal hosted from inside of the Chevy Spark and Equinox.

Continuing with that same trend of mini-marketing, Chevrolet has launched a new series of YouTube videos called “Small Victories,” which are bite-sized clips that celebrate the little things in life.

Some of them are pretty on-the-nose, like managing to squeeze into a tight parallel parking spot because your car happens to be a subcompact Spark:

Other “Small Victories” videos, though, are a bit more clever.

Like this one, which shows the advantages of matching your wardrobe with your meals:

In another ad, this disciple of Cosmo Kramer finds that most satisfying of movie candies: a Junior Mint (though here it’s referred to by the generic name “Chocolate Mint”—perhaps his other small victory was paying less for off-brand candy):

This next one about paying for a pizza is a bit strange.

Take a close look at the twenty-dollar bill in this video:

We’re not sure who is pictured on that twenty, but it sure doesn’t look like Andrew Jackson. Is the “Small Victory” in this clip supposed to be getting away with counterfeiting?

You can see the rest of Chevy’s “Small Victories” videos on the automaker’s official YouTube page.