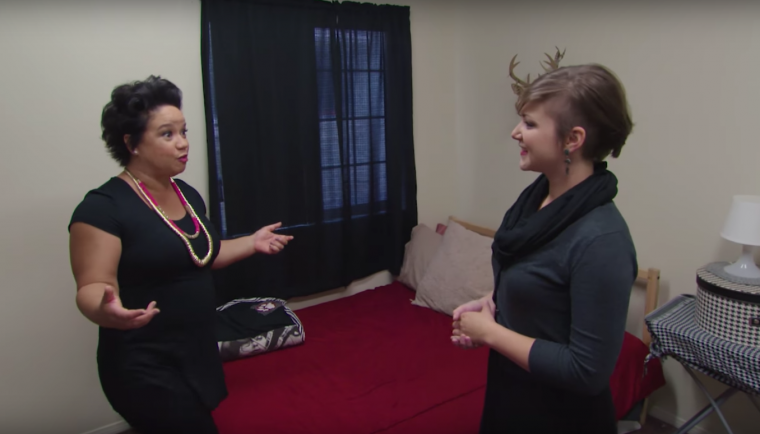 Look out, HGTV: Chevy has made its entry into the home makeover show genre.

The videos are just like any other makeover show, but with two key differences:

And the runtime isn’t the only thing that’s small: all four episodes feature small rooms, which are being enhanced on a small budget.

It’s all part of Chevy’s strategy for marketing its lineup of small cars, such as the Spark and Sonic. In that same vein, the automaker has also put out a series of humorous bite-sized videos entitled “Small Victories,” and some Funny or Die comedy shorts starring Al Madrigal as the host of the faux-chat show “Small Talk.”

In the first episode of “Upgrade Me,” host Kim Myles tackles a seamstress/masseuse’s living space—with some (very conspicuous) help from a new 2016 Chevy Trax:

The second episode follows a similar structure, with Myles “upgrading” a woman’s rather dull bedroom.

Once again, she endeavors to create a space that reflects the occupant’s personality and interests (in this case, yoga is the woman’s primary passion).

The other two videos both feature couples: cohabitating musicians named Zach and Kath, and a comedian and photographer named Pap and Chichi.

You can watch these and other videos at Chevrolet’s official YouTube page.