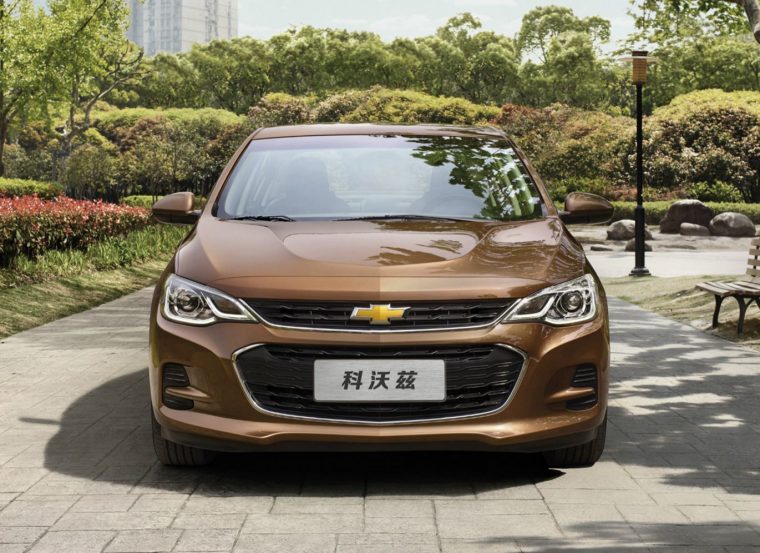 Today in Detroit, Chevrolet made a big announcement regarding China, the American automaker’s second-largest market. Specifically, the bowtie brand promised to introduce more than 20 new or refreshed products to the country by the end of the year 2020.

Of the 20 new or refreshed models coming to China over the next four years, almost half will be brand new nameplates in the Chinese market. According to GM, 30% (which is to say six) of those vehicles will be SUVs. GM is also a healthy mix of powertrain options, including small-displacement turbocharged engines, diesels, hybrids, and plug-in hybrid electrics among the 20 models.

“Chevrolet will continue to strengthen the best model lineup in the brand’s history in China,” said Alan Batey, the president of GM North America and head of Global Chevrolet. “In the coming years, we will roll out breakthrough products with technologies that improve safety, performance and fuel efficiency for our customers.”

Chevrolet is counting several models that debuted in China earlier this year among its total, including the Chevy Malibu XL, the brand’s new flagship sedan in the Asian nation. Other new Chevy vehicles that premiered in 2016 include the Malibu XL Hybrid (the brand’s first pure hybrid model in China), the all-new Cruze, the Cavalier midsize family sedan, and the sixth-generation Camaro.

Most of the new additions coming to Chevy’s Chinese portfolio will be manufactured by GM’s SAIC-GM joint venture, which began in 2005.

Though overall sales in China were down last year, Chevrolet has established a large network in the country over the last 11 years, with over 600 dealerships in more than 200 cities nationwide. In 2015, the bowtie brand celebrated the 4 millionth Chevy sold in China.

“As a relatively young brand in China, Chevrolet is reaching more and more customers every day,” Chevrolet Chief Marketing Officer Tim Mahoney said. “With the introduction of additional exciting, never-before-available products in China, we expect the brand’s recognition to grow.”

Driving Advice: What to do if your car ever gets towed