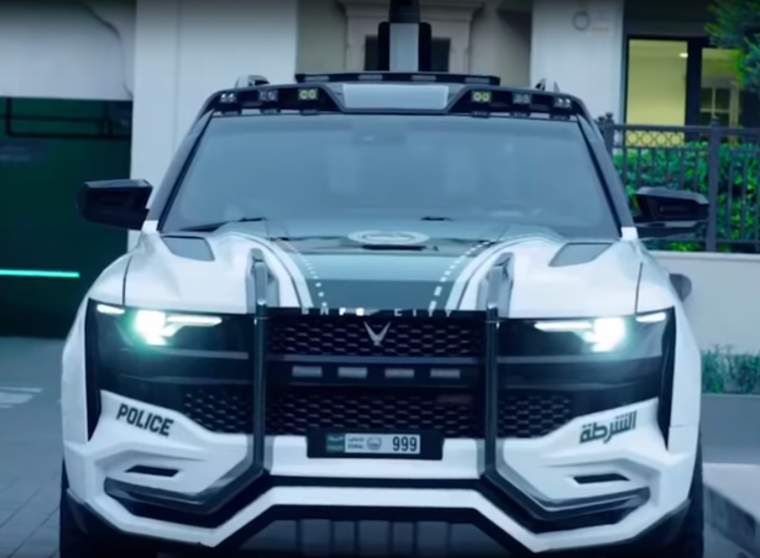 The Dubai Police Department is known for having some of the fastest supercars among its ranks, but the newest police vehicle announced is an SUV based on the Chevy Tahoe. This tech-heavy Tahoe-based SUV is named the Giath, and the Dubai police brag that it is one of the most modern police vehicles in the world.

In the video below released on the Dubai Police’s official YouTube page, the Giath is shown to have cameras with facial recognition that can photograph possible suspects on the streets. The camera transfers the data instantly to a center console display which is connected to the Dubai Police Command Operations Room. The photo then appears to be cross referenced with a police database. This also works with license plates as well, so target vehicles can be identified while on the move.

The multitude of screens and displays are made by the Safe City Group, and Abu Dhabi-based computer security company. This tech-heavy dashboard in the Tahoe-based SUV allows one of the officers to focus on driving while the other accesses all of the crazy tech options available via touchscreen. The video shows a music button on the screen as well, so the police can sing to their favorite tunes in the Giath while catching bad guys. 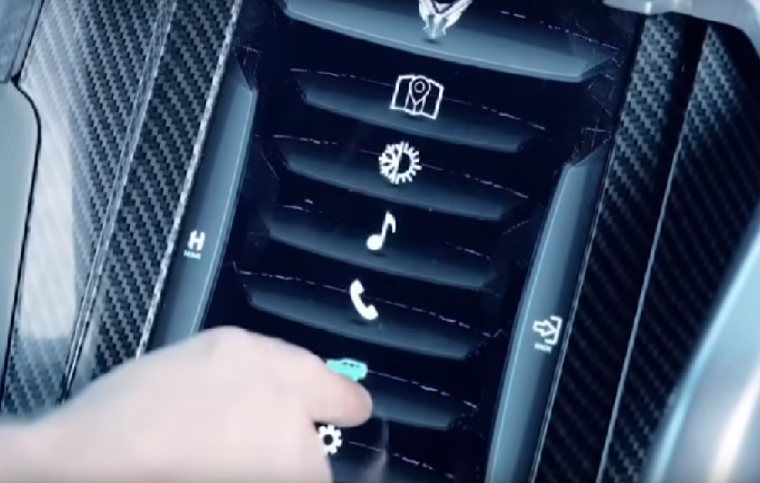 Little else is known about the vehicle so far except that it has all-wheel drive, is built by W Motors, and — judging by the pictures — features suicide doors. We’re waiting on the Dubai police to explain that interesting design choice.

Chevy Safety: Check out the high-quality safety tech on the 2018 Chevrolet Colorado

Dubai is known for being a recent automotive power house and one of the richest places on the planet. It makes sense that the police would need the best in auto and crime-fighting tech to keep up with crafty criminals on the road. With the futuristic tech behind it, the Giath will probably be a favorite for law enforcement in Dubai, and we’re waiting for the next entry on the city’s assorted list of police cars.