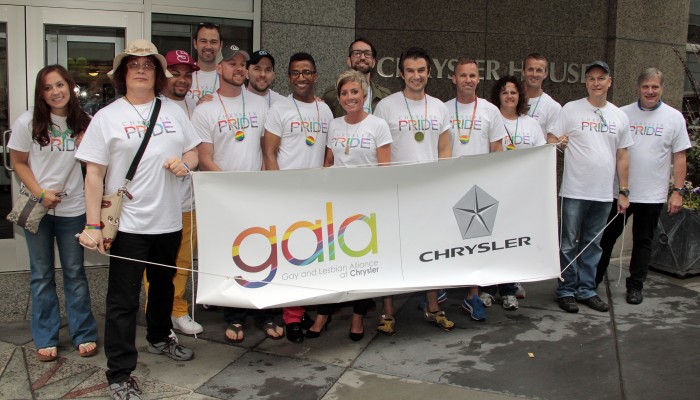 Yesterday, June 8, marked the 2014 Motor City Pride in Detroit, Michigan, at Hart Plaza. As a longstanding supporter of lesbian, gay, bisexual, and transgender (LGBT) rights for its employees, Chrysler Group served as a gold sponsor of Motor City Pride, specifically sponsoring the parade, as well as an interactive product display.

“All of our employees at Chrysler Group are valued and given the opportunity to personally contribute to the success of our Company,” said Michael Keegan, Senior Vice President, Human Resources, Chrysler Group LLC, co-chair of the Company’s Diversity Council, and executive sponsor to the Gay and Lesbian Alliance (GALA) at Chrysler. “As an Employer of Choice, Chrysler Group prides itself in creating a diverse and inclusive business environment in which employees are given the comfort and freedom to perform at their very best.”

“It is fitting that Chrysler Group has a prominent place at this event, celebrating, advocating and building upon all it has done over the years to include and empower its LGBT employees and the community at large,” said Gregory Hawkins, an engineer at the Company who serves as president of GALA. “Speaking on behalf of LGBT employees at Chrysler Group, we are very proud of what our Company has achieved in creating a work culture that is diverse, respectful and inclusive.”

Most recently, Chrysler was given a 100 percent in the Human Rights Campaign’s (HRC) 2014 Corporate Equality Index.

At the Motor City Pride event, GALA members introduced Chrysler Group’s products to other Pride-goers in an interactive display. Vehicles on display included the 2015 Chrysler 200C, the 2014 Fiat 500L Lounge, and the 2014 Jeep Cherokee Limited. 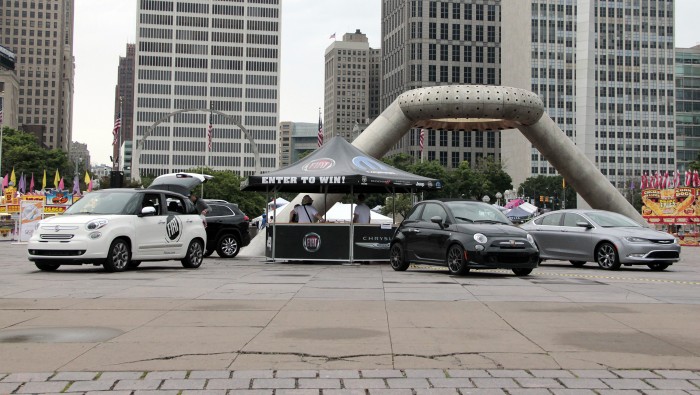 “Motor City Pride is honored to have a long established partnership with Chrysler Group,” said Dave Wail, Chairman of Motor City Pride and Equality Michigan. “Chrysler Group’s support of this event for our community shows their dedication and commitment to our mission to achieve full equality and respect for all people in Michigan regardless of sexual orientation, gender identity or gender expression.”