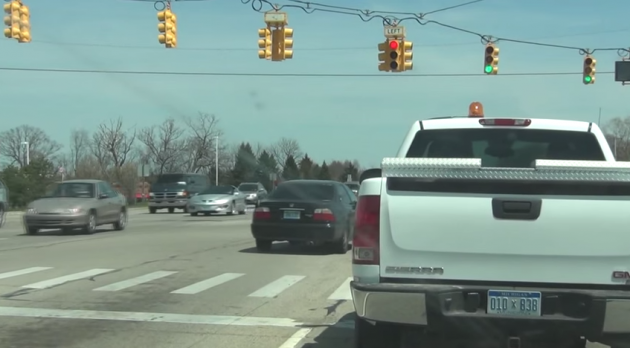 Who’s worse: a guy who is a total d-bag on the road or the person who follows and films him for more than half a year?

Here’s a scenario we can pretty much all relate to: you are out and about and your daily commute, just minding your own business and abiding by the letter of the law, when you happen to spot an unruly whippersnapper doing something untoward on the road. They could be cutting someone off or driving too fast or running a red light or–for the purposes of our story today–all three.

You probably scold them in your mind or under your breath, and maybe you even honk and make a show about it. You might even be red in the face for a few minutes, but you’re almost inevitably going to end up getting back to the business at hand and losing whatever it was that they did in the scheme of another long day.

Not if you’re the individual behind the video below, who goes to great lengths to chronicle one particularly bad driver in Kalamazoo, Michigan with an appetite for running red lights that is seemingly insatiable.

When we say great lengths, we mean great lengths. To what lengths, you might ask? Our videographer has been following the offender’s moves for two years and recording them for more than six months.

Let that sink in, wait for the shiver rolling down your spine to disperse, and check out the video:

In two years of normal behavior indicative of someone who’s socially well-adjusted, uploader psychastria has determined that the red-light-runner/speed demon arrives at the intersection of West Main/M43 and 9th St. at about 2:44 pm every day. Because knowing somebody’s daily habits isn’t even remotely creepy. 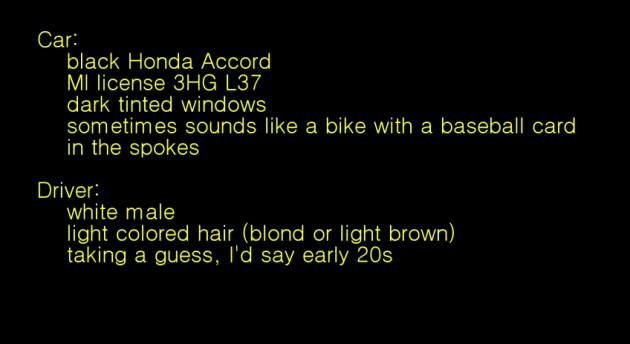 Neither is trying to piece together a profile of what the driver looks like. Also: is that really what it sounds like?

Granted, the driver’s behavior in the video is idiotic enough to inspire the appropriate amount of outrage, but one has to wonder on what planet two years’ worth of documenting is considered appropriate.

The behavior rendered psychastria so apoplectic that he got a dash-mounted camera in 2013 and began filming the driver and his habits in early 2014. The result so far: 20 gloriously-creepy minutes of footage and, to the best of our knowledge, not a single ticket.

One almost has to wonder what happens if psychastria ever catches up with the red light runner. Is he going to bust out an ancient cell phone and tell the bad driver to call him on it because he is awaiting his call on the other end while simultaneously standing right in front of him?

Some Lost Highway humor there for ya

Here’s an idea: if you’ve followed someone to the point where you know their habits almost down to the minute (and you haven’t been committed to some kind of psych ward), point that information in the direction of a traffic cop and let them handle it. 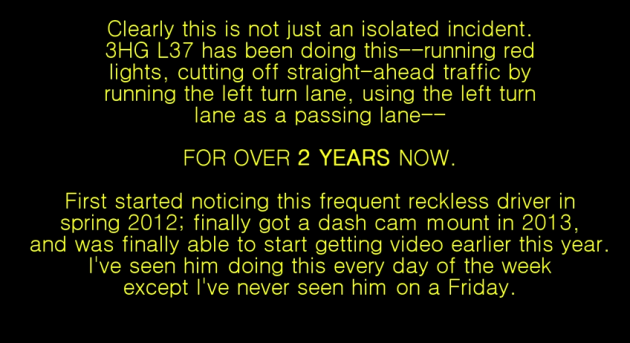 Or Van Helsing, given that this guy might actually be a Friday vampire. Who’s spooky now?