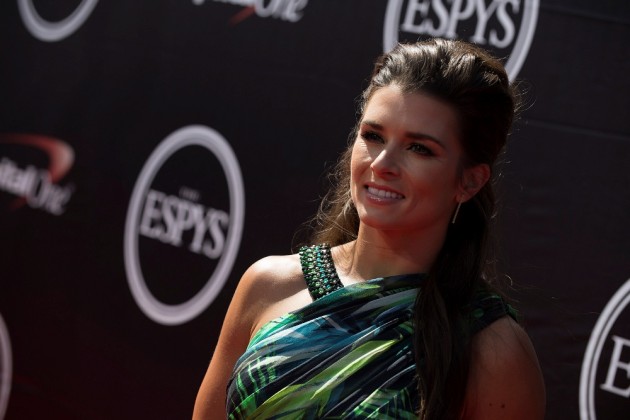 Patrick is one of the most popular and marketable drivers in NASCAR
Photo: Disney | ABC Television Group

Danica Patrick, the only female NASCAR driver to ever win the pole for the Daytona 500, announced a new sponsorship deal with Nature’s Bakery on August 18th, which ensures she’ll be driving around in circles for the foreseeable future with the Sprint Cup Series.

This change of sponsorship–from GoDaddy to Nature’s Bakery–means Patrick’s No. 10 Chevrolet SS racecar will be getting a new blue and white paint scheme to replace the old black and green colors of the GoDaddy Chevy she made famous.

Patrick, 33, is 21st in the NASCAR Sprint Cup Series standings this season, with her best finish being a 7th place effort at Martinsville back on March 29th.  Despite her modest success this season, ESPN.com reported she has earned more than $2.5 million racing in 2015 for Stewart-Hass Racing.

Patrick made the transition from the IndyCar Series to NASCAR back in 2010, but has yet to win a race. Some NASCAR followers had been wondering if she has produced enough to earn this new contract. Patrick responded to that sentiment on Tuesday.

“I need to show significant improvement over time for myself,” said Patrick. “I don’t enjoy running 25th. That’s not fun. What’s fun is improving.”