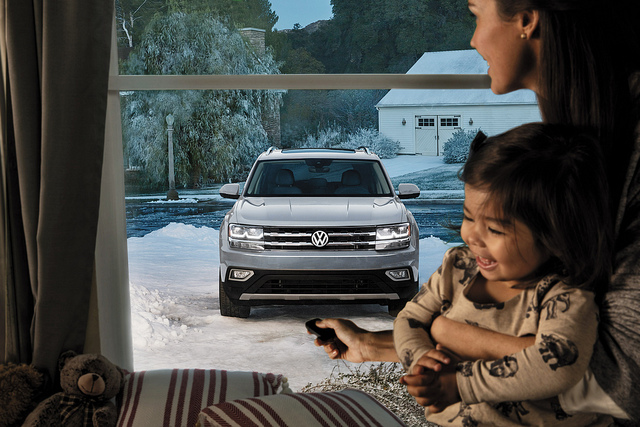 It may not predict your child’s next tantrum, but the Delphi powertrain controller senses what is around the corner as you drive.

Hills, curves, traffic lights, speed limits signs, and your ultimate stop could all have an impact on how your car operates during your commute in the near future.

Find Out: Which Volkswagen is the perfect car for your commute

The Consumer Electronics Show in Las Vegas earlier this month was treated to a “self-aware car” that emphasized intelligent technology via the Delphi powertrain controller.

This promising device enables a vehicle to anticipate what’s around the corner and modify its speed, brakes and driving systems accordingly.

Similarly to other companies, Delphi has been experimenting with self-driving in recent years.

Many automakers are producing smart technology for useful accessibility in the vehicle, improve fuel economy, and secure the driver and passengers. However, most configurations are neither mindful of its surroundings, nor communicate with the car like this system.

While the powertrain controller is a far cry from autonomous driving, Delphi says that the connection between it and a car — like the Volkswagen Passat — saves a drive about 10 percent in fuel economy. In addition, consumers could have shorter travel times and less congestion, while benefiting the environment with free-flowing traffic.

Explore More: About the practicality and affordability of the Passat and other Volkswagen sedans

Although fleet vehicles will benefit most from this technology, Delphi assures the public that any car will see advantages with the use of its system.

In the years ahead, we will see more crafted technology around awareness and self-driving cars. While I doubt that I will ever jump on board the autonomous car bandwagon, anyone can appreciate a vehicle that knows what’s coming, even if you do not.