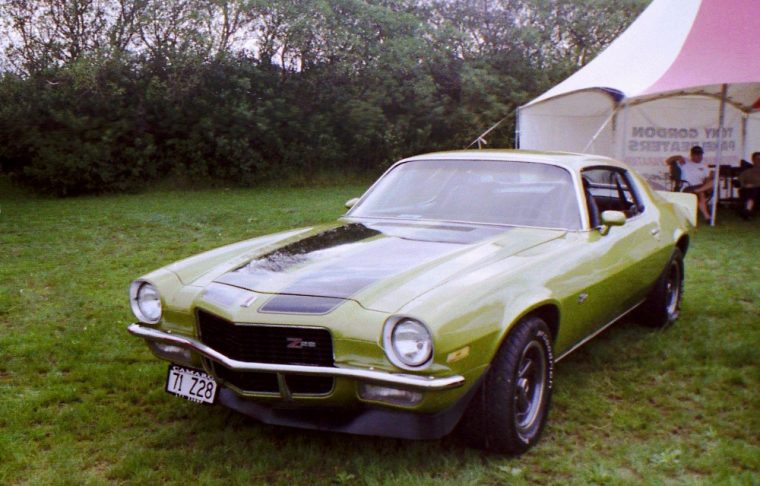 Papa Johns offered a $16,000 reward for information leading to the return of the Camaro.
Photo: GPS 56

A Detroit maintenance man has reunited Papa John’s founder John Schnatter with his famous Chevy Camaro Z28 only two days after it was stolen.

The Camaro was lifted from a lot on Woodbridge Street on August 16th, after arriving in town to be displayed at the Woodward Dream Cruise. It was one of three vehicles reported stolen over the weekend’s events, along with a 1966 Chevrolet Corvette and 1966 Chevelle 600.

Landscaper Ernest Webster, 48, was the man responsible for finding the old-school Camaro in an overgrown lot near two vacant houses. Webster said he called a relative who works for the police to report he’d found the stolen vehicle, which had been on the news. That relative instructed Webster to call 911.

Police said they believe the media attention surrounding the stolen Camaro Z28, forced the car thieves to ditch the vehicle in the 1400 block of Pierson, which is located on Detroit’s west side.

When asked by the media if he’ll be expecting free pizza, Webster said that’s not what he wanted, but he would like the reward money.

Papa Johns will only be forking over the $16,000 reward after the investigation is closed.