Will Diversity at Hyundai Motors Change Its Business? 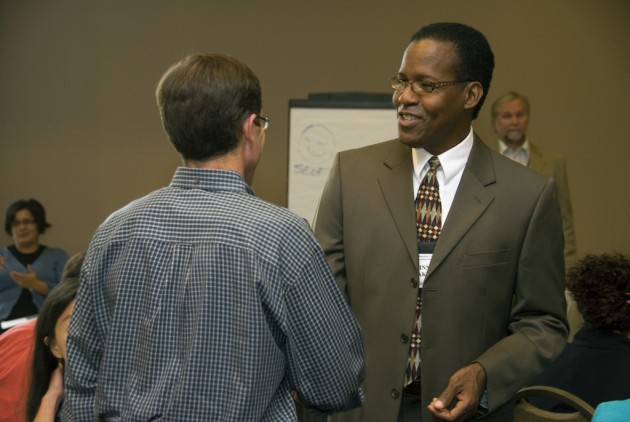 Who did you buy your last car from? A man or a woman? A Caucasian or an African American? Did it affect your experience at the dealership, and the way you felt you were treated? Does gender and ethnic diversity even make a difference in the automotive industry?

What does that statement mean exactly, and how will that affect diversity at Hyundai Motors?

Why Diversity at Hyundai Is Being Made a Priority

If you haven’t heard of the Rainbow PUSH Coalition, you’ve probably heard of Jesse Jackson, the founder of the self-proclaimed “multi-racial, multi-issue, progressive, international membership organization fighting for social change.” The group states that their goal is to “gain civil rights by leveling the economic and educational playing fields,” which clearly includes the automotive industry.

At the Rainbow PUSH Coalition‘s Automotive Project conference in Detriot, Hyundai’s CEO Dave Zuchowski had plenty to say about diversity at Hyundai Motors. His first order of business was to, in essence, apologize for the lack of diversity and inclusion in Hyundai’s social responsibility department. He claims that the effects of the department never worked because “there was no ownership from the operating groups.”

That’s a fairly decisive move considering Zuchowski only took over back in January, and that Hyundai doesn’t really have a reputation for being a brand of rich, old white men. But, the numbers suggest it might be: only 29 of Hyundai’s 700 sales and marketing employees are African American. 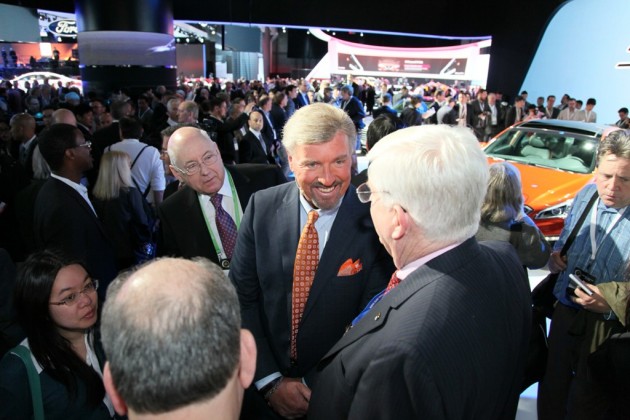 Hyundai CEO Dave Zuchowski might be shaking hands with old white men, but he likes to keep other genders and ethnicities around him just in case.

So, what does Zuchowski intend to do to promote diversity at Hyundai and what will it mean?

“Ninety-two percent of the growth in the automotive business is female and ethnic diversity buyers,” said Zuchowski. “That means you can’t do business the way you used to do business.”

To follow through with this vision, Zuchowski intends to lay out “clear-cut” diversity objectives for every department in Hyundai. The goals will address aspects like hiring, retail networking, marketing, and advertising. Basically, areas which build the company’s public image.

The man has already created a diversity council to discuss “the importance of diversity and inclusion” in areas such as ethnic backgrounds, genders, ages, and sexual preferences of Hyundai employees.  But, is that really making a difference?

While increasing diversity at Hyundai Motors might attract a broader range of customers and provide people with jobs who might not be hired otherwise, what does it really do for the quality of the vehicles being produced?

Does Zuchowski and Hyundai as a whole have an interest in promoting fairness and equality in the regions where their vehicles are manufactured overseas? Or is this strictly to attract buyers and employees in customer-facing roles?

Only time will tell if the promises made about diversity at Hyundai during the Rainbow PUSH Coalition’s conference will come true.