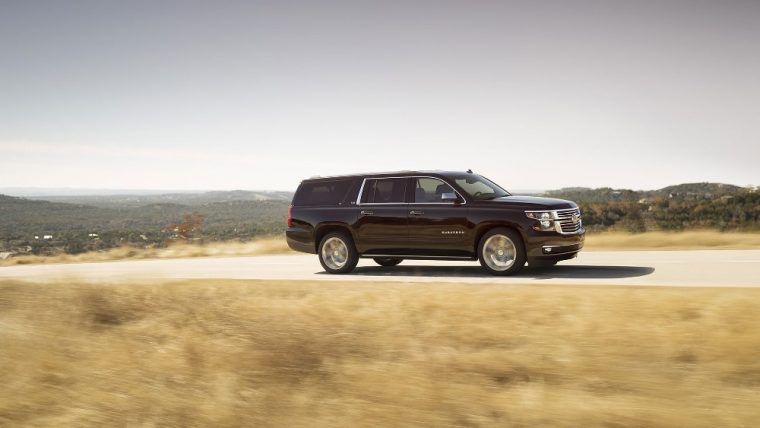 Distended pustule in a suit Donald Trump has made no bones about his distaste for Ford Motor Company and its decision to “fire all their employees” in the United States, all while disregarding the intervention of reality and the inconvenient truth that, no, they’re not.

Strangely, Trump has been relatively mum about General Motors’ investments in Mexico, or even the fact that one of its newest models is imported directly from China. He didn’t even bite back when former CEO Dan Akerson wrote that Trump “lacks the competence” to be president. I say relatively because there was the once where he called GM out in a press release and then had somebody go back to excise the mention.

The reason for Trump’s soft, tiny-handed approach to General Motors seems to be all the clearer thanks to a slideshow from The Detroit News divulging the campaign vehicles of the candidate. Trump, humble man that he is, brags about a car collection consisting of American-made classics like a 1956 Rolls-Royce Silver Cloud (built in England), 2015 Rolls-Royce Phantom (built in England), and 2003 Mercedes-Benz SLR McLaren (built in…you guessed it…England).

He also, until recently, owned a Lamborghini Diablo, because of course he did. He decided he’d put that one on eBay, and it was sold on September 18th for $460,000. I’m sure he’ll give that money to veterans or use it to stimulate job growth or something that doesn’t involve being deposited in his bank account.

But, moreover, he shows a certain affinity for General Motors vehicles. He told The Detroit News “I like the car I’m in now. It’s a Chevrolet Suburban. Made in the USA.” He also confessed to owning a Cadillac Escalade, Cadillac Allante, and 2011 Chevrolet Camaro Indianapolis 500 pace car. Maybe those vehicles being made in the USA offset all the other vehicles he owns that are not. (Note: The Cadillac Allante was manufactured in Italy. Thanks to Dylan Burden for the heads up.)

Man, Trump’s gonna be mad when he finds out that The Detroit News is also reporting that GM is investing $800 million in Mexico to build small cars and the 2018 Equinox there. He might even be so mad that he’ll sell his Chevys and Cadillacs, leaving him with a mere 100-vehicle fleet. Sad!